Home News ‘Joker’: Joaquin Phoenix improvised one of the most important scenes 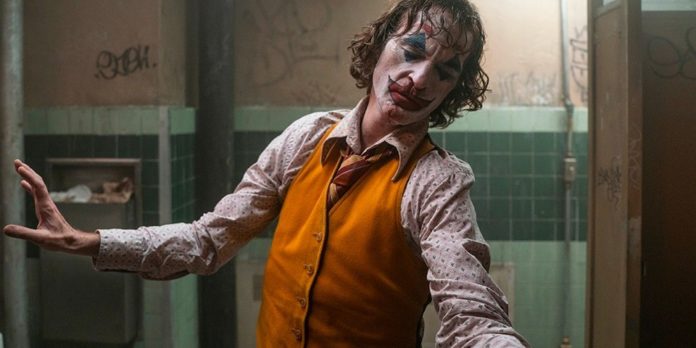 ‘Joker’: Joaquin Phoenix improvised one of the most important scenes of the film. ‘Joker’ is making history. Not only is he on his way to becoming the highest-grossing R-rated movie of all time, but no one would be surprised since it exceeded $ 1 billion in worldwide collection. Then he is generating all kinds of opinions – although positive ones predominate – but what nobody is discussing is Joaquin Phoenix’s magnificent interpretation.

The actor completely immersed himself in the troubled mind of Arthur Fleck to give us an unforgettable performance that should at least deserve an Oscar nomination. And his contribution to the character was to the point that Todd Phillips, director and co-writer of ‘Joker’ decided to ignore a scene from the script when he saw the improvisation of the actor, as he explains to the Screenplayed portal:

This scene is interesting because it takes place just after a cataclysmic moment that changes Arthur’s life, a turning point in Arthur’s life, and finds this small sink to enter and recover. What is interesting about this is that what happens is totally different from what was in the script. In the script, Arthur had to go into the bathroom, hide his weapon, take off his makeup, stare at himself in the mirror and ask himself: “What have I done?” When we arrived on the set that day, Joaquin and I thought this didn’t look much like something Arthur would do. Why would Arthur bother to hide his weapon? We explore about a million ways to make allo different. After an hour, I said: “I have this music by Hildur Guðnadóttir, our composer, who was sending me music while we were shooting.”
I just wanted to put this piece of music to Joaquin, and he started dancing. It was just him and I alone in the bathroom. There were 250 people from the team waiting outside. He just started doing that dance, we looked at each other and we knew that was the scene. It made sense to us because when I first met Joaquin and we started talking about ‘Joker’ I told him that Arthur was one of those people who has music in him. So music and dance became a theme in the movie. This is the second time we see him dance, we notice a bit of ‘Joker’ starting to leave, a little more than in the previous scene and a little less than in the next one we see him dancing.

Come on, Phillips was already aware that something did not fit and gave Phoenix the ingredient he needed to give us one of the most unforgettable moments of ‘Joker’. The result is already film history and an intermediate point in the progressive transformation of Arthur Fleck into the mythical villain of the Batman universe.