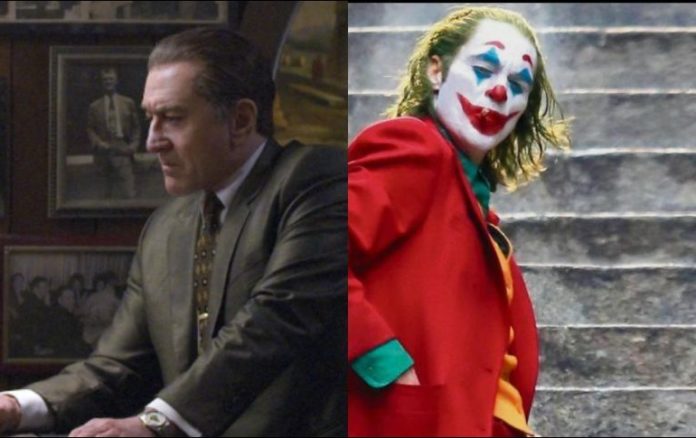 Martin Scorsese’s “The Irishman” films; “Joker” by Todd Phillips; and “An officer and Spy” by Roman Polanski will compete for the Golden Frog at the Camerimage International Film Festival in Poland.

The film meeting, which will take place from November 9 to 16 in Torun, Poland, announced its official selection, which includes films such as the racing drama “Ford v. Ferrari ”; the film adaptation of the homonymous novel “The Painted Bird”, from the Czech Republic; as well as “The Irishman” and “The Two Popes”, both productions of Netflix.

Starring Joaquin Phoenix, the movie “Joker” became the best premiere of October of all time by raising $ 93.5 million.

According to Box Office data last October 6, the tape directed by Todd Phillips broke the box office record that had “Venom”, which last year accounted for 82.25 million dollars.

Meanwhile, “The Irishman” by Scorsese will compete in Poland, after opening the eighth edition of the Los Cabos International Film Festival, on November 13 in Mexico.

The film will be shown in independent cinemas from November 1 and then it will be included in the catalog of films of a streaming platform from November 27.

The gangster film in which the Mexican Gastón Pavlovich participates as a producer, examines the influence of organized crime in the United States, in the post-war era, told by veteran “Frank Sheeran”, a scammer and hitman who worked with some of the most notorious figures of the twentieth century.

In three of the last six years, the winners of the Golden Frog of Camerimage have won Oscar nominations from the Academy of Motion Picture Arts and Sciences, including Ida de (2013), Carol (2015) and Lion (2016).

The winner of the 2014 Golden Frog, Leviathan, and the 2017 Camerimage champion, On Body and Soul, were nominated for an Oscar in a foreign language film.