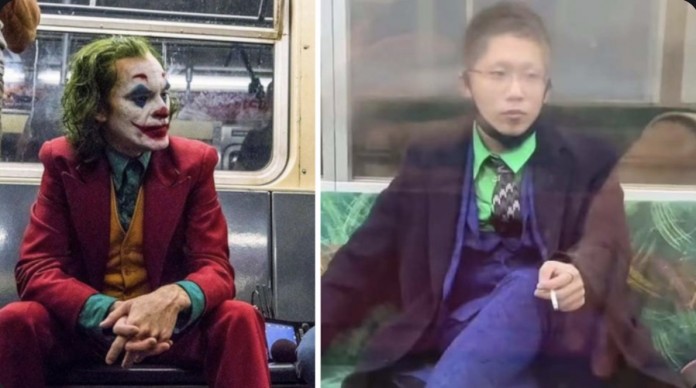 An impersonator of the Joker, the classic Batman villain, carried out an attack on the Tokyo subway in Japan during Halloween

The Joker movie, where actor Joaquin Phoenix plays this villain, Batman’s greatest enemy, is still fresh in the minds of many. Unfortunately, among those who remember her is an unbalanced person.

He took his passion for this character to extremes and decided to attack a subway car in Tokyo, Japan, packed with people. Apparently, he planned this attack for months and to carry it out he used a knife.

The main motivation of this criminal was that he “wanted to kill many people.” This is how he injured 17, of which the most serious is a 70-year-old man who received several stab wounds.

After attempting on the lives of the passengers, Kyota Hattori, who is what this 24-year-old lunatic is called, lit up the train car. When the police arrived to arrest him, he told them that he “wanted the death penalty” for his crimes.

The knife that this Joker impersonator used he got from an online store. To light the car he carried about four liters of lighter fluid in plastic bottles.

But why did he decide to commit this attack? From what Hattori revealed to investigators, “things were not going well with work and his friends.” Because of that, he planned everything in early June, after losing his job in Fukuoka City.

The government had already called for increased surveillance

He had only been living in Tokyo for a month. He chose to attack on Halloween because he knew that during the holiday the wagons would be full of people.

So he took the train in the Shibuya district, which is where people gather to go to the Halloween festivities.

It is likely that he also hoped to go unnoticed among all those who were in disguise. This is how he was able to carry out his attack.

Perhaps Kyota Hattori was trying to emulate the Gotham City subway scene, where the Joker commits his first murders. According to Japan’s transport minister, Tetsuo Saito, the companies that run the trains were asked to increase vigilance.

Especially to prevent future attacks. According to Saito, “trains are essential to the life of society and it is very important to be able to feel safe while on board.”