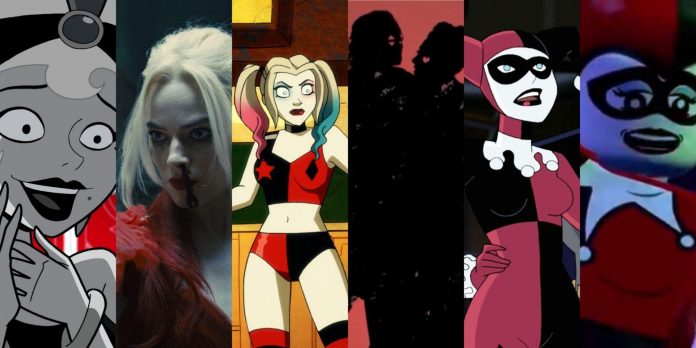 Joker: Folie A Deux will not be released until October 2024, but fans are still outraged by the disclosure of all the details. One of the most exciting things shown in the trailer is that Lady Gaga will play Harley Quinn in the movie.

There was speculation that Margot Robbie would reprise her role as Harley, but the studio decided to keep the Joker franchise separate from the DCEU. As the latest actress to play the role of Quinn, Gaga joins a long list of seasoned actresses who fell in love with the Joker and then dumped him.

Suicide Squad may not have been liked by fans or critics, but Margot Robbie played one of her best roles in the film as Harley Quinn. Robbie fully embodied Harley’s madness, while maintaining the comedic value at an all-time high level. Her ability to show perfectly timed returns and Harley’s audacity improved the film.

Robbie also delighted fans by playing Quinn in Birds of Prey, expanding Harley’s character and bringing more details from the comics to the screen so fans could enjoy them.

For the last three seasons of Harley Quinn, she has been voiced by “The Big Bang Theory” star Kaley Cuoco. Although Cuoco did not adopt Harley’s Brooklyn accent, she gave the character a new edge thanks to her frank language and sense of humor.

Cuoco takes many elements of Harley’s past and perfectly combines them to create his own character. The series allows fans to see a new side of Cuoco and Harley that fans haven’t seen before.

Despite wearing the same clothes as Harley from Suicide Squad, Margot Robbie does not voice Harley in Lego. Film 2: The second part”. However, Harley is voiced by another Margot. Margot Rubin plays the Lego version of Harley, but doesn’t give her the iconic New York accent.

Harley plays a small role in this film, but helps expand the DC elements woven into the story. Rubin’s look at Quinn is one of Harley’s shortest appearances in her many shows and films.

Some versions of Harley were voiced or played by certain actresses only once or for a few short moments. In this case, Serena Irwin has a few lines in the role of the innocent Harlin Quinzel in “Batman vs Two-Face”, where she gave the character all the characteristics that fans expect from Harley.

Jenny Slate’s version of Harley is a unique combination of who Harley was the Joker’s faithful companion and her role as his psychiatrist at Arkham Asylum before she became evil. Slate was another actress who chose to stick to her voice rather than use Harley’s famous Brooklyn accent and high-pitched voice.

This view of Harley was more reasonable than the others, and there was less comedy based on her jokes, but it focused on the fact that Harley was the most competent person in the room.

The version of the Post about Harley Quinn is not so much a companion as a boss in her criminal enterprise. This Harley was serious, but smart enough to get what she wanted by acting less intelligently than she had to get the men in her life to do her bidding.

The post made Harley look more like a 1940s New York mobster, which was never done with the character. Harley from the Post couldn’t stand the blows and is certainly one of the most villainous images of the character.

Another star of “The Big Bang Theory”, who voiced Harley Quinn, was Melissa Rauch, who played Bernadette. Rauch’s voice is unmistakable, and even with the added Harlian colors and accents, it is clear to anyone who has heard Rauch speak that this time she is the one hiding behind the mask.

Rauch used Harley’s humor as a defining element of her performance. With so many different versions of Harley appearing in 2017, Rauch had tough competition, but she was unique enough to make her look memorable.

DC Super Heroes vs. Eagle Talon is often overlooked when it comes to discussions about DC and Harley Quinn. However, the film is still worth noting in Harley’s history, as this is the first and only time a non-white actress has voiced Harley Quinn.

Given that the film was not released in English, it goes without saying that Harley did not have an American accent. However, Kang Ji-yeon still made the character witty and has a sense of humor, which is natural for Harley.

The TV show “Alien” has received an exciting update from the...