Home Celebrity Joker 2 is coming: all known details, including the release date 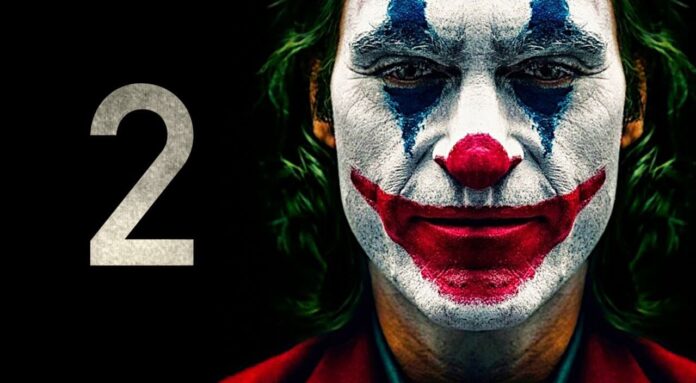 Joker, the evil character of Warner Bros. in the DC universe, was able to receive great acclaim with his solo movie, released by Joaquin Phoenix. So what awaits us with the sequel Joker 2? Can we see Batman in Joker 2?

One of the most sympathetic of the bad heroes is the Joker. Master names such as Cesar Romero, Jack Nicholson, Jared Leto, Heath Ledger, and Joaquin Phoenix gave life to the character. But it was Heath Ledger’s Joker in the Black Knight trilogy that was the first to stand out from all these Joker actors. When the calendars showed 2019, Joker appeared in his first solo movie in history. Joaquin Phoenix has garnered high praise with authentic acting just like Heath Ledger. We have a good news: Phoenix will revive the Joker.

Joaquin Phoenix, who got full marks from critics with his fascinating performance, became the most satisfying Joker after Heath Ledger. Now let’s take a closer look at all the details about the Joker 2 vision history, its actors and possible story.

In fact, it was said that there would be no sequel. The color of the business changed when the first movie received a $ 1 billion box office revenue:

“We don’t have a plan for the sequel,” said Todd Phillips, author and director of Joker’s first solo movie, where no one laughed except for Arthur Fleck. He went even further and added that he would always be the only movie for the Joker movie and that it would be boring to continue. He may have changed his mind when he saw the film’s success at the box office.

Which players will be included in Joker 2?

Joaquin Phoenix and Warner Bros., who received the Best Actress Oscar for the role of Joker, want to achieve the same success for the second time. Likewise, when we consider the interest of the audience, it would not have been considered otherwise.

For now, we only have some leaked possible information about the Joker 2, whose roster is unclear. For example, actress Zazie Beetz, who plays the first film as Joker’s neighbor Sophie, can also find herself in the roster of Joker 2. Because Todd Phillips made a special statement that the Joker did not kill Sophie. Returning to a building where he can be caught by the cops after he escaped from the hospital can be crazy even for the Joker.

In addition to Zazie Beetz, we are likely to see some actors in the first movie on Joker 2. First of all, of course, we’re likely to see Joaquin Phoenix as Arthur Fleck, then Frances Conroy as Penny Fleck, Shea Whigham as Detective Burke, Josh Pais as Hoyt Vaughn, Marc Maron as Ted Marco, and Douglas Hodge as Alfred Pennyworth. The fact that someone will bring the character of Alfred to life is a serious blink of Batman’s presence. However, apart from the solo Batman movie, there is currently no clear topic.

The first film was when Arthur danced in the hallway of the Arkham hospital, leaving red footprints behind him and chasing the officers. With the traces of blood in the final scene, we realized that he probably killed the doctor who examined him and that his conversion from Arthur Fleck to the Joker was completed.

One of the most likely topics for Joker 2’s script is that it continues exactly from this scene. So how? It’s hard to guess when Bruce Wayne isn’t even sure he’ll grow up to avenge his parents who were killed during the riot. However, we know that it is a movie that is completely independent of the cinematic universe and will be shot from the perspective of the Joker.

Will Joker 2 have a direct connection with the new solo Batman movie?

Robert Pattinson will play the history of Batman under the direction of Matt Reeves. The movie, which will be titled The Batman, is scheduled to be released on June 25, 2021. It is not yet clear whether there will be a link between Joker 2 and the new solo Batman movie. However, Bruce Wayne, whom we saw as a child in the first movie of the 1980s, will be a teenager close to adulthood in the 90s. Solo Batman movie also takes place in the 90s. That is the clearest link between the two movies for now.

Unlike the Joker, which existed in the Dark Knight or earlier Batman movies, we can see a Joker that is more depressed and introverted, as we can associate more with reality. Because his actions took place only because he was obsessed with TV presenter Murray. In the second film, bigger events await the Joker.

From the moment Joker 2 was announced, it was wondered who would be the “enemy” of the Joker in the new movie. In the first movie, we saw a Joker who fought not only with the talk show host Murray he killed, but more with himself. The undisputed Joker will continue to clash with his inner world, but unfortunately he is among the details unknown to whom he will receive.

For the first Joker movie, most scenes were removed while the movie was shot and new scenes were added. There was even a period when the script was changed at the time of shooting. The possible subject of the Joker 2 seems to remain uncertain for a longer period, if we consider such possible changes.

When will Joker 2 be released?

In the light of the information we obtained, Joker 2, whose script is partially ready, is expected to be released in October 2021. The reason for the delay of the Joker 2, which is normally planned to be released earlier, is the corona virus outbreak. As soon as new information about Joker 2 is announced first hand, we will continue to inform our valued readers with relevant content, stay tuned.

Deadpool 3 Allegedly to Be a Non-18+ Family Movie