Home Entertainment Joker 2: 10 Villains that the Joker could Fight in his sequel 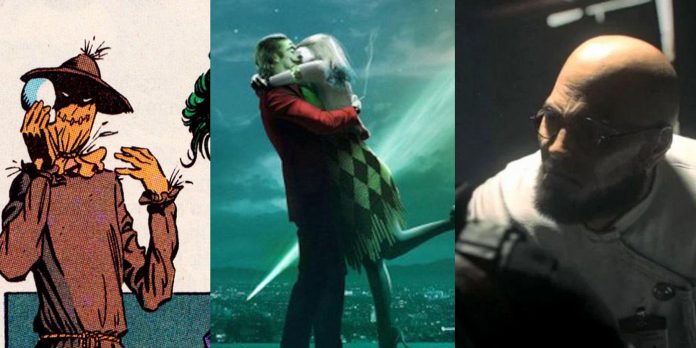 Warning: The article may contain depiction of violence from movie/TV clips.

With Todd Philips working on a Joker musical sequel, Lady Gaga is reportedly in talks to play Harley Quinn. While this news may entail that Arthur Fleck has a love interest to follow the comics, the movie could also take a different route, introducing her as the black-and-scarlet supervillain.

This year’s The Batman saw the Caped Crusader battling villains like Penguin and Carmine Falcone, but 2019’s Joker featuring his greatest villain was more of a character piece looking at a damaged and broken man. However, the first movie did see Joker battling his own perceived enemies, and there is a chance for the sequel to have an actual nemesis for the Clown Prince of Crime.

The one thing that fans know about the Joker sequel’s casting is that Lady Gaga is in talks to join the movie, reportedly as Harley Quinn. Now, with the fact this is not the same Joker from the DCEU, that means the movie can get away with a completely different Harley Quinn than Margot Robbie’s portrayal.

Possible storylines, like Harley being an older nurse wherever Joker is held and then falling in love with him in a musical, could really work. It could also show Joker destroying Harley, and then they could show the ramifications, where Joker’s greatest creation could come back to haunt him.

The first Joker movie ended with scenes that left it up to the viewer to determine his fate. He was arrested and taken in, but he also seemed to escape and end up celebrated by the rioters in the streets of Gotham City. If the ending is taken that Joker completely lost all grips on his sanity, that could bring in Hugo Strange.

Joker was already alternating between hallucinations and delusions throughout the first movie’s entire running time. With Hugo Strange as a villain who manipulates Arkham Asylum’s inmates, he could trigger even more delusions and anger issues with Joker in the sequel.

For most of his existence, Thomas Wayne was not a villain, but hints from many Batman adaptations may change that. In The Batman, Bruce believed for a short time his father was a bad person until Alfred set him straight. In Joker, it seemed Thomas Wayne had a temper and possibly had some underhanded dealings.

If Joker could possibly destroy Thomas, it is always possible he could do whatever it takes to end the threat, pushing him to villain territory to protect his family. However, considering his demise in the film’s ending, it remains uncertain how Thomas could be brought back.

The new Joker movie has the title Joker: Folie à Deux. The subtitle refers to a identical or similar mental disorder would affect two or more individuals. This likely will connect Joker and Harley Quinn in the musical movie.

However, there is another thought on this. In the comics, one of the more recent Joker stories that offered his origin was Three Jokers, which showed there was more than one Joker throughout the years – the Criminal, Clown, and Comedian. The Joker from the first movie was clearly the Comedian, but it is unclear if either the Criminal or the Crown personalities could show up in the sequel.

Joker did a lot of bad things in the first Joker movie – if everything that the movie showed really happened anywhere but inside his own head. This led to the riots and his possible arrest. While no superheroes have yet to appear, with Batman still a child, there might be some other law enforcement individuals.

Joker and Harvey Dent had a rough relationship in The Dark Knight. The second Joker movie could turn that on its head if Harvey is around as the district attorney trying to convict Joker, and Joker ends up creating Two-Face in the end again.

Joker and Red Hood have been interconnected since the start. Long before Joker killed the second Robin, Jason Todd, and committed the one crime that haunts Batman to this day, Joker was Red Hood. He was a petty and common criminal who worked for organized crime bosses.

It was while working for them as Red Hood that he fell into the vat of acid while fighting Batman. Years later, Jason returned from the dead and took on the role of Red Hood to torment Joker. Bringing in a new version of Red Hood here could go a long way in creating a real separation of this Joker from the mainline version.

While Hugo Strange is a perfect person to push Joker even closer to the edge if he ends up in Arkham Asylum, Scarecrow is also someone who is there to push some buttons as well. What Scarecrow has at his disposal as a psychiatrist is his fear toxin.

Scarecrow could use Joker to his own ends but as Dr. Jonathan Crane. This could also tie into the Harley Quinn introduction, as they could work together in the start before Joker finally breaks out with his new partner in crime.

There is almost no chance that any version of Batman shows up in the Joker movies, at least not at this time because these movies are about Joker and his inner battles. However, that does not mean that members of the Bat-Family can’t show up, including Catwoman.

While Batman was a child in the first Joker movie, there is no word on how long between the two movies passed before the new one starts. Bruce could be older, and there could be a cat burglar on the streets in Selina Kyle that crosses paths with Joker and Harley Quinn in the sequel.

Hush was a detective storyline in Batman comics, where a villain named Hush showed up and began to torment and break Batman down. In the end, it turned out that Hush was an old childhood friend of Bruce Wayne who tried to kill his parents when he was young, only to have Thomas Wayne save their lives.

This made Thomas Elliott a man vindictive for revenge against the Wayne family. With Joker so obsessed with Thomas Wayne, who he believed was his father, a new storyline with Hush but having Joker try to save his “father” from the villain could be intriguing.

The first Joker movie saw the man who would become the Clown Prince of Crime fall in love with a woman. He took her out on dates and they shared romantic times together. However, in the end, it turned out that this was all a delusion, and nothing he did with her in the movie actually happened.

Kirby And The Forgotten Land: Where To Buy The Game, Price...