Home Entertainment JoJo Siwa Talks About Her Crush With This TikToker 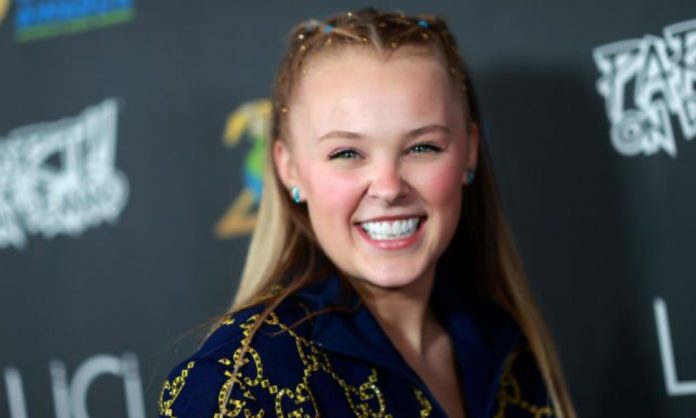 Now that JoJo Siwa broke up with her girlfriend, she talked about the different crushes she’s had throughout her life. After several months of romance, JoJo Siwa ended her courtship with Kylie, the girl who was the first girlfriend of the American YouTuber.

“I fight when something is new, and I went through something that was new and never happened before,” she told People on October 14. “It was tough and it still is. I cried about it last night and I’m probably going to cry about it tonight because I’m 18 years old and I’m missing a part of me that is the biggest part of me, and that’s okay. ”

It was only a few months ago that JoJo Siwa decided to come out and confess through an emotional TikTok that she belongs to the LGBTQ + community.

“It doesn’t matter if you’re gay, straight or bi, lesbian or transgender, I’m on the right track baby, I was born to survive,” says the verse of the Lady Gaga song that she chose to open up to her followers.

JoJo reveals she had a crush on this actress

Before starting her relationship with Kylie, JoJo had a super crush with a talented TikToker; This is Olivia Ponton, who also recently declared herself part of the LGBTQ + community.

“I want to announce that I am bisexual and now I am proud to be part of the LGBTQ + community,” said TikToker.

In a new interview with E! News, JoJo, and her mother Jessalynn Siwa talked about the ways they get over breakups and crushes with other celebrities. JoJo reflected on her breakup with Kylie after they dated for nine months, saying that she “needed sympathy.”

Here’s the thing, she’s become one of my friends and she’s sexy. Her name is Olivia, Olivia Ponton, ”JoJo replied. “She is beautiful, she is amazing. She’s really cool and she’s so nice too, that she’s something that I really appreciate in people, ”she finished.

As The Value Of This Joke Coin Increases, It Is Becoming...