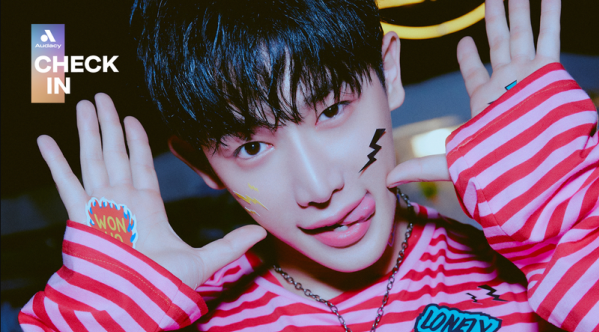 Joining Mike Adam from Audacy via Zoom, WONHO signed up to talk about his second single “Bittersweet” and more.

After Wonho had to take vocal lessons for the musical Equal, in which he participated earlier this year, he admitted that the additional training “prompted me to take on new challenges” when it came to his “singing style.” Adding: “I think these aspects can be found in my new single.”

Speaking of which, WONHO named his second single “Bittersweet”. Explaining how he settled on the name, he said: “I wanted to express a mixture of emotions, so bitter but sweet, exciting but depressing. I believe that our lives are filled with different emotions, and they shape who we are.”

On one of the tracks “On & On”, WONHO teamed up with YUNHWAY, sharing, “I’ve always liked YUNHWAY’s voice, and this song seemed perfect for her, and that’s how the collaboration began.”

He continued: “The process was very fast. She sent her part the day after I sent her the music, and it was just perfect.”

Unfortunately, although WONHO has said that he is “always thinking about it”, he is too busy to release a full album anytime soon. The same goes for recording an album or EP with another artist. Although WONHO admitted that he is “open to anyone who is recommended by WENEE.”

Other things to expect, WONHO shares his thoughts on working more on stage, reveals his favorite lyrics from his only album and discusses possible Halloween costume options, noting that he is still open to suggestions.