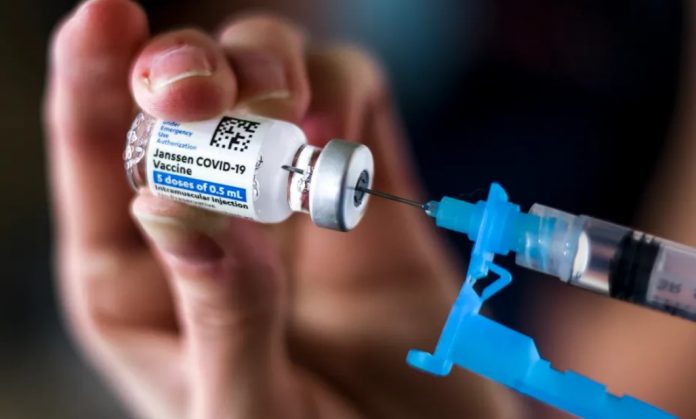 Johnson & Johnson claims two doses of its vaccine offer 94% protection against COVID-19. The pharmaceutical company reported that giving a booster two months after the first dose increases the immune response in recipients between 18 and 55 years of age.

Johnson & Johnson announced Tuesday that its COVID-19 vaccine is 94% effective when given a booster a few months after the original dose.

Johnson & Johnson’s one-shot vaccine, the company said in a statement, has worked well in real-patient studies, offers long-lasting protection against the virus, and boosts the immune system.

When a booster was given two months after the first dose, the company said the vaccine was 100% effective in protecting recipients from severe COVID-19 and was 75% effective in preventing symptomatic COVID-19 worldwide.

It was 94% effective in preventing symptomatic COVID-19 in the United States, based on data presented.

The drug company made the announcement in a late-stage clinical data release for the adenovirus-based vaccine, produced by Janssen, the Johnson & Johnson subsidiary, which received authorization for emergency use in the United States earlier this year.

Johnson & Johnson said it conducted two studies in which volunteers received the second dose of the vaccine between two and six months after the first.

New data show that a booster shot of our #COVID19 vaccine increases protection and is generally well-tolerated. https://t.co/ulXdJM3zhE

The boost led to an increase in the immune response in recipients between 18 and 55 years of age.

“When a Johnson & Johnson COVID-19 vaccine booster was administered two months after the first injection, antibody levels rose four to six times higher than those seen after the single injection,” the pharmacist noted in a release.

In another study that tested a booster dose after six months, Johnson & Johnson said it saw nine to 12 times higher antibody increases in recipients.

The company also noted that one dose of the vaccine was shown to be 79% effective against infection in the United States between March and the end of July, and 81% effective at preventing hospitalization.

“There was no evidence of reduced effectiveness for the duration of the study, even as the Delta variant became dominant in the US,” he noted.

“Our single-shot vaccine generates strong immune responses and long-lasting immune memory, and when a Johnson & Johnson COVID-19 vaccine booster is given, the strength of protection against COVID-19 is further increased,” the director said in a statement. Janssen Global. Research and Development, Dr. Mathai Mammen.

Johnson & Johnson reported that it is in talks with US and European regulators about possible booster doses.

Last week, the Food and Drug Administration recommended a Pfizer vaccine booster for Americans 65 and older and those at higher risk.