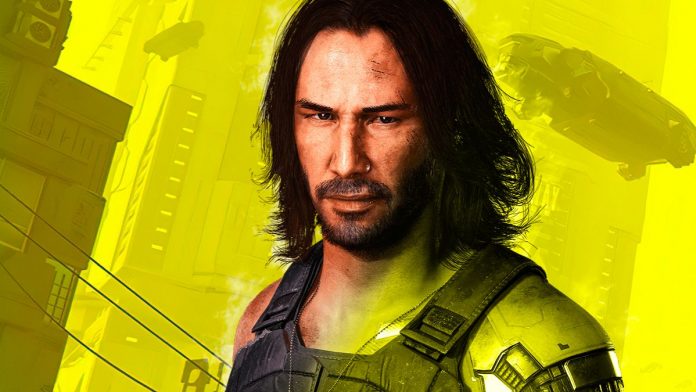 We break down the most iconic character from Cyberpunk 2077, Johnny Silverhand, the anti-establishment rocker played by Keanu Reeves in the title of CD Projekt

Video games don’t have an odor feature in place yet, but we’re sure Johnny Silverhand smells eighty percent of tobacco and twenty percent of alcohol, at least most of the time. It has rained a lot on the streets of Night City since the famous actor who plays John Wick triumphantly announced that he was going to give life to one of the most iconic characters in Cyberpunk 2077. Although the game has not come out on a technical level like everyone else we would have liked it, those of us who have been able to experience this world of implants and neon signs know that the true magic of the title is found in its history. While it does not perfectly complement the mechanics of CD Projekt’s work, the narrative is based on an internal struggle to survive in a society that treads on all who do not live in North Oak to continue advancing towards an uncertain future. This existentialism and the feeling of constant injustice led Johnny to be and act in a concrete way, and we will reel it in the following lore hunters.

This article contains traces of spoilers for Cyberpunk 2077, including the ending of the story. If you intend to complete the game, we advise you to do so before reading the following lines.

From the dens of Night City to cyberspace

“Add justice to people’s mathematics, make room for yourself in the way of the rebel”, sang Johnny Silverhand in one of the best known songs of his band SAMURAI. Not even the fifty years that have passed since his death have been able to erase the trace of his passage from the asphalt of Night City or from the memory of the people: there is not a single person who does not know his story. At least the official story. Johnny Silverhand is a gray character, like most of those who manage to survive in the city of neon, who leaves no room for heroes while the villains remain the entire court. So how did Johnny stand out in that ocean of injustice filled with people screaming in rebellion while drowning?

If cyberpunk has any chance to reconnect with its roots, it will be in a place like Night City.

Before being the best known face of the SAMURAI gang, Jonny was one more soldier in the war that took place in Central America in 1990, which aimed to stop the drug trade in the United States. However, the Americans lost the fight and withdrew until 2003, when the Second War in Central America broke out in which they ended up invading Peru, Venezuela, Colombia and Ecuador. It was during this second conflict that Johnny lost his organic left arm and the famous silver limb that gives it its name was implanted.

At that time a journalist named Johansson revealed that both war conflicts had been nothing more than movements led from the shadows by the four most powerful corporations to plunge the country’s political landscape into chaos and gain even more control over it. In addition, the government granted authorization to large corporations to use soldiers as guinea pigs, which led to them experimenting with drugs and cyber-implants in their bodies. How could it be otherwise, many soldiers deserted at that time, including Johnny.

Graphene-Based Solar Tile Is Bet By Telite To Generate Energy