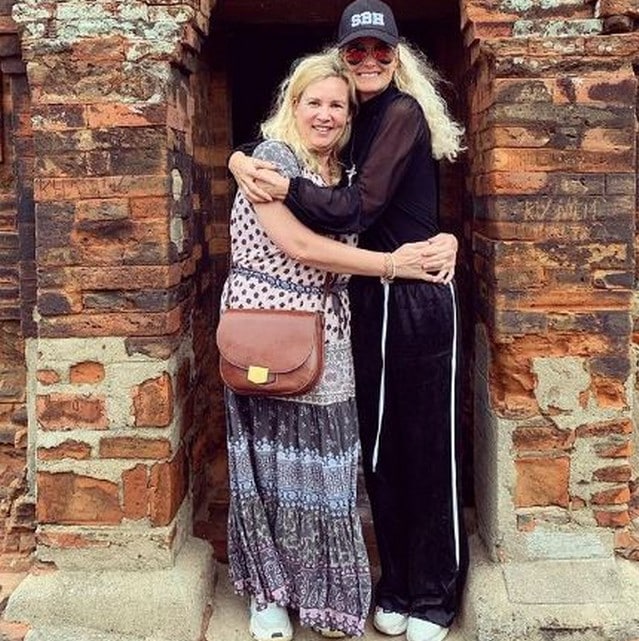 Laeticia Hallyday considers Hélène Darroze as her best friend. However, Johnny Hallyday did not like him at all!

This Tuesday, February 23, is Hélène Darroze’s birthday. The young woman celebrates her 54th birthday. In addition to being the juror in Top Chef, the latter is also often presented as the best friend of Laeticia Hallyday.

We therefore take this opportunity to make some revelations. Indeed, Hélène Darroze and Laeticia Hallyday have known each other for years. Long before Johnny even died!

Speaking of himself, the rocker didn’t really like his wife’s BFF. And this, out of pure jealousy. Indeed, during an interview with Le Point magazine in 2018, Laeticia Hallyday explained: “He has always been jealous of my friendship with Hélène”. Before adding: “He was telling me You love him more than me …‘ “.

But one thing happened. “Coming out of the funeral home, Hélène Darroze triumphs in her white djellaba, falls violently and opens her forehead. She is bleeding profusely, ”explained journalist Laurence Pieau in her book Laeticia, the real story, published in October 2018.

If it sounded like an accident, the singer’s ex claimed it was “Johnny’s punishment.” Laurence Pieau explained: “the rocker had little taste for the friendship between his wife and the famous chef, in his eyes too intrusive. ”

“Hélène Darroze was used to tell big lies at the time of Johnny’s succession. She had blind trust in her girlfriend, “wrote Léna Lutaud in her book They loved each other so much.

Laeticia Hallyday: Johnny Hallyday not a fan of his BFF Hélène Darroze!

LAETICIA HALLYDAY IS PROUD OF HER FRIENDSHIP WITH HÉLÈNE DARROZE!

Either way, Laeticia Hallyday’s best friend has proven her loyalty in times of happiness as well as in difficult times.

Let’s not forget that Laeticia Hallyday has embarked on a battle for Johnny’s legacy. Thus, she opposed David and Laura Smet. She has also been the subject of much criticism from fans of her late husband. Ouch!

Of course, his greatest accomplice was able to support him, even if it means sullying his image. “Hélène Darroze was used to tell big lies at the time of Johnny’s succession. She had blind trust in her girlfriend, ”noted Léna Lutaud in her book They loved each other so much.

2 years ago, the star had sent him an adorable message on his Insta account. Thus, she wrote: “My friend with a big heart, generous and luminous. To the mother and friend you know so perfectly to be. I can’t imagine my life without you ”.

You will understand, Laeticia Hallyday and Hélène Darroze care about their friendship, more than anything. And so we hope for them that it will last. In any case, Jalil Lespert seems to accept their relationship. Unlike Johnny. To be continued !