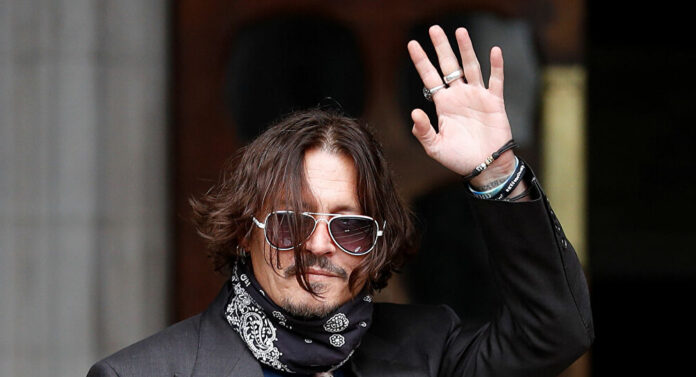 According to a famous actress, Johnny Depp is very impressive and this anecdote will undoubtedly make you laugh.

While we told you what Eva Green really thought of her sex scene with Johnny Depp for the needs of a film, the famous American actor certainly left many memories with the different people he met on film sets. Obviously, working with a huge planetary star can be impressive for some and it is not Anne Hathaway who will tell you the opposite. Completely fan of Johnny, the 38-year-old actress has also admitted to having experienced an embarrassing moment when she shot with him the film Alice in Wonderland released in 2010.

During an interview for MTV, Anne said: “I have a few scenes with Johnny Depp. I wish I could have been so cool about it and say ‘Oh yes, it’s just Johnny’. But I’m a big fan, I felt really embarrassed. He would catch me looking at him and I had to look up but we were turning on a green screen so there was nothing to watch. I was like ‘Oh, look, a little bit no more green wall. Did you notice that? No? Okay ‘”. An anecdote that will not fail to make his fans smile. Elsewhere in the news people and in a completely different register, know that a journalist revealed that Johnny Depp was completely drugged on the set of one of his films.

See Also
Aquaman 2: Amber Heard replaced because of his concerns with Johnny Depp?