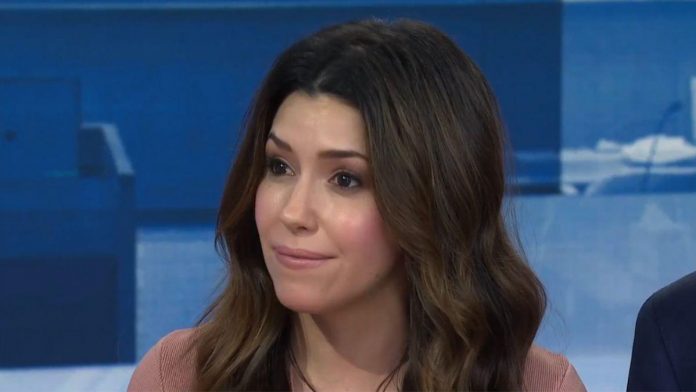 Lawyer Camilla Vasquez recently defended Johnny Depp from a libel suit and in the process became something of a celebrity herself. With so many court broadcasts, Vasquez has become a recognizable face, but now she is being recognized for something completely different and completely incredible when she apparently jumped to the aid of a person who needed medical emergency on an airplane.

According to TMZ, Camilla Vasquez was flying on a plane between New York and Los Angeles when a 70-year-old man walked past her down the aisle. Apparently, he fell in front of her, and when the stewardess called for help, both Vasquez and the bodyguard who was traveling with her jumped up and began to take care of the man.

Vasquez apparently contacted her brother, who works as a doctor, and he spent her checking on him to see if the man had suffered a heart attack or a brain hemorrhage. The bodyguard put his own Apple Watch on the man to monitor his heart rate, which is pretty fast.

Apparently, there was a doctor on board the plane, who reportedly came forward and took care of the man. The flight was forced to turn around and return to Los Angeles, the man was removed from the flight by ambulance paramedics, he was apparently conscious when he got off the plane. For her efforts, Camilla Vasquez was apparently called a “Wonder Woman” by one of the flight attendants, and she was presented with a bottle of wine and a bottle of champagne as a thank you for her help.

Needless to say, it’s a wild story, but it’s nice to see something good coming out of it. It is unclear exactly what happened to the man, but the fact that Vasquez and her bodyguard did not hesitate to help the stranger warms the heart. Their attention may have been vital, and it can be so easy for people to just ignore others in need of help.

Camille Vasquez is likely to remain in the public spotlight for some time. She continues to represent Johnny Depp and will then defend him in court on assault charges. It is alleged that Depp hit a member of the crew on the set of the movie “City of Lies” back in 2018.

There have even been suggestions that Depp and his lawyer are dating in public, although this has not been confirmed. Depp’s lawyer may also somehow end up on the screen herself. Given the hype that the Depp and Heard trial has received, we could very easily see it dramatized in the future, and Vasquez even suggested who could play her if that happens.

Battlefield 2042 Beta, Is PS Plus Or Xbox Live Gold Required...