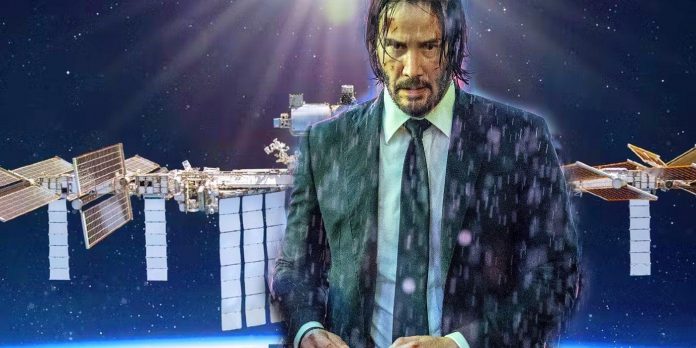 “John Wick” director Chad Stahelski is deciding whether the titular killer of Keanu Reeves will go into space in a future release. Released in 2014, the first John Wick film became something of an unexpected hit, introducing viewers to the dark world of international murderers and marking the beginning of a major Reeves comeback. “John Wick” spawned two sequels, both of which were filmed by Stahelski, and both enjoyed great success with both viewers and critics.

In a new interview for ComicBook, Stahelski discusses how the John Wick franchise might see the character in the future, specifically whether Reeves’ character will go into space. Surprisingly, Stahelski says he actually sees it happening, although perhaps at that moment he was no longer making films. The director explains that when it comes to John Wick, “there is no limit to the possibilities,” referring to the franchise’s independence from any kind of intellectual property or restrictive source material. For now, however, Stahelski wants to focus on John’s adventures on Earth. Check out Stahelski’s full comment below:

“There is a certain probability that this is possible. I do not know if I will pilot the ship, but will the character be able to leave? Even as a fan, I think John Wick’s world is pretty fun and interesting. limitation. We don’t come from an existing IP, so I don’t need to follow the knowledge about Batman. I can do anything.

“If the producers, including me in the studio, somehow got very smart very quickly, and we could continue to be smart in the way we handled it, and attract the right people to continue this long after my tenure. Yes. Anything can happen. & Furious can, I’m sure we can. It may take a little longer, but let’s stay on the ground for now and try to keep doing a good job here.”

While the John Wick franchise doesn’t immediately sound like one that would feel at home in space, boasts elaborate chases, car stunts, and a bunch of “gan fu,” Stahelski clearly believes anything is possible. It’s unclear what circumstances allowed Reeves’ character to go into space, but the director’s comment suggests that this will probably happen in the future when he will no longer direct the franchise. Whether Reeves will still be interested in playing the role when Stahelski leaves is another question to consider, as “John Wick: Chapter 5” already seems like the logical end point of his involvement in the franchise.

While Reeves’ character going into space may be a stretch of the imagination, even in the world of John Wick’s sublime reality, the byproduct can create a more believable space story. Stahelski cites “Fast and Furious” as an example of a recent franchise that has been in space, but F9: The Fast Saga seems to have mostly disappointed fans who found the space scenes too exorbitant. While Stahelski’s comments suggest that the John Wick franchise could go into space, it’s a completely different question whether it should.

It is reported that the setting of the next Assassin’s Creed...

The Last of Us Part 2 Celebrates Its One Year Anniversary...