Home Entertainment John Wick 5 is happening to Keanu Reeves? Here is the latest... 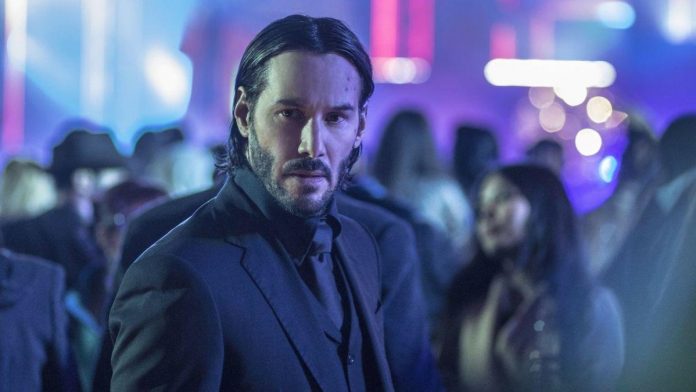 “John Wick: Chapter 4″ is less than a year away, but fans are already looking forward to “John Wick 5”. Of course, there hasn’t been much information about the fifth part since her home studio Lionsgate shelved it. With virtually no updates, “John Wick 4” director Chad Stahelski recently talked about what’s going on with “John Wick 5” by Keanu Reeves.

The status of “John Wick 5” has remained in limbo since Lionsgate announced that it had abandoned plans to shoot “John Wick 4” and “5” in a row. Although he received a lot of questions from fans about the fifth part, Chad Stahelski informed the studio about the lack of news about the progress of work on the film. It looks like the franchise director was ready to make another one, as he gave Collider some insight into the status of John Wick 5.

[At the moment] it is now the studio’s [full] intention to continue the franchise. And listen, I’m not going to repeat how we’ve all seen directors and producers when they say, “Yes. I don’t know. I think I’ll make five,” or it’s like, “Oh, yeah, yeah.” And I just: “Listen, man. “John Wick 1″ was a fool. We made it as a little funny action movie that we would like to watch.” And the fact that now, nine years later, he has changed our lives. He changed my life. He changed Keanu’s life. He changed the lives of many other people. And people still want to see more.

It’s impressive that fans are still clamoring for more John Wick after nearly a decade of Keanu Reeves killing countless bad guys. It seemed that Stahelski was ready to continue the franchise until the audience got tired of the deadly killer. But it looks like the ball is in Lionsgate’s court right now, as they have yet to officially begin production, despite the fact that John Wick 5 got the green light in 2020. As the director noted, the first film unexpectedly spawned a dynamic franchise and changed the trajectory of several careers, including Reeves.

While moviegoers are waiting for news about the fifth part, this does not mean that the director and his main actor will not brainstorm over the next film. Stahelski said that he and Keanu Reeves probably won’t discuss the sequel’s storyline until the “John Wick 4” press tour begins. Each film was created over a glass of Japanese whiskey at the Imperial Hotel in Tokyo.

Perhaps the killer will go into space to shoot the next movie, even as Chad Stahelski ponders his future with the action franchise. But the director of John Wick mentioned that he and Reeves are ready to make more films about John Wick until they physically can no longer. The star of The Matrix shared his ideas on finding new and interesting ways to make the character suffer, among other things.

That doesn’t mean fans have anything to expect from “John Wick: Chapter 4.” They can look forward to the reunion of Reeves and his “47 Ronin” co-star Hiroyuki Sanada, when the bullet train star teased the story with Reeves’ character in the upcoming sequel. Viewers got a little insight into their relationship in the tense trailer for “John Wick 4,” which shows how the killer is waging war with the “High Table.”

Until viewers get the “John Wick 5” update, they still have “John Wick: Chapter 4” to look forward to next year. The fourth part will be released in theaters on March 24, 2023. In the meantime, there are upcoming films due by the end of 2022 to occupy them until then.