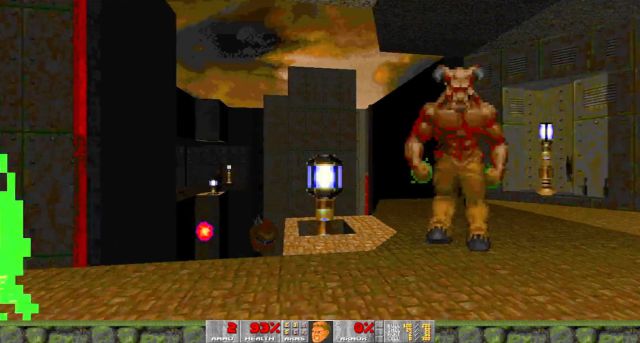 DOOM II: The iconic video game creator starts a campaign in support of the victims of Ukraine by launching a new level for his legendary shooter almost 30 years later. DOOM II receives a new level called One Humanity by its original creator, John Romero, nearly 30 years after its original release. Although the reason for this curious and unexpected release is none other than the support of the victims in Ukraine as a result of the Russian invasion that is taking place these days. So much so, that all the money raised through this campaign will go to the Red Cross and the Central Fund for Action in Emergency Cases of Ukraine, as Romero himself has announced through his official channels.

A new level for DOOM II after almost 30 years

Thus, John Romero himself has not hesitated for a moment to get down to work and develop a new level for DOOM II, nothing more and nothing less than 28 years after its original release. This is One Humanity, a new content that can now be purchased for just 5 euros, becoming in turn the first extra level for the legendary 1994 FPS video game.

As we say, 100% of the profits made through the sale of this new content will go to help the victims of Ukraine caused by the invasion of the Russian army. This level, already available through the author’s website, can be downloaded up to three times with a single purchase and requires an original copy of DOOM II to run on PC. Upon purchase, we will receive an email with a link to complete the One Humanity download.

There are several repercussions of the Russian invasion of Ukraine in the video game industry, from the withdrawal of clubs and the Russian team from FIFA 22 to the refusal of CD Projekt RED to continue selling its products in Russia. On the other hand, GSC Game World recently announced that it was stopping development of S.T.A.L.K.E.R. 2 to get their workers (and their families) safe in Kiev.

Uncharted 4: Record Indicates Arrival On PC And PS5 By February