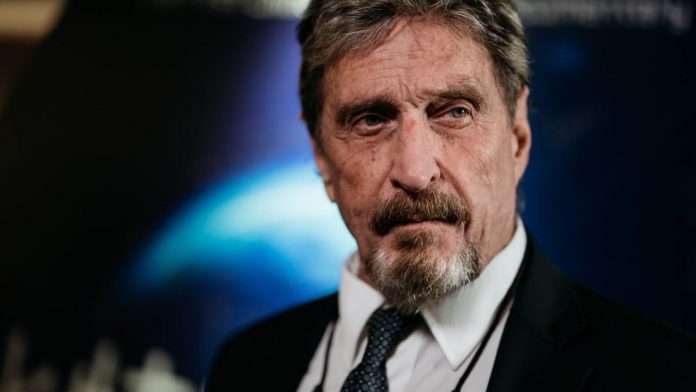 John McAfee was found dead in his prison cell. John McAfee cause of death is thought to be suicide.

Famous software developer John McAfee, founder of McAfee cybersecurity company, was found dead in his cell. The news of the sudden death of the billionaire, who was in a prison in Spain on tax evasion charges, shook the technology agenda.

John McAfee, founder of the McAfee cybersecurity company, was arrested in Spain on October 6, 2020, for misinformation on social media. The approval for McAfee’s extradition to the United States, which also has tax evasion charges, was given today. The first shared information is that this death was a suicide. Few details are known, as the news of his death has just been given.

Famous billionaire John McAfee, who ended his life at the age of 75, said in a video call last month that he would spend the rest of his life in prison when extradited to the United States. The confirmation of his extradition to the US today and the news of his suicide do not seem like a coincidence.

Also known as the creator of the first commercial antivirus software, tax evasion wasn’t his only crime. Cryptocurrency fraud charges against John McAfee were also on the agenda.

John McAfee was a billionaire who occasionally came to the fore with his bizarre statements and actions. In fact, casting had begun to make his life into a movie. Details about the death of McAfee, which is as strange as it is the iconic name of cyber security, are expected to be shared in the coming hours.