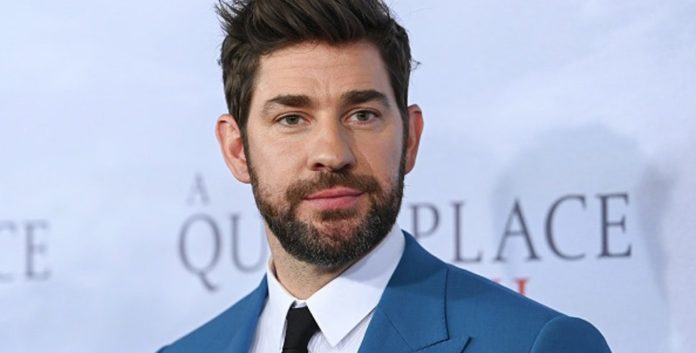 With the intention of improving the current panorama of the Internet, the actor John Krasinski premiered on YouTube “Some Good News”, a space that, as his name indicates, is dedicated to giving good news, which he compiled through his Twitter account.

But Krasinski was not alone in this, as he was joined by his former co-star in “The Office”, Steve Carrell.

Krasinski and Carrell celebrated the 15th anniversary of the premiere of the NBC sitcom and for which they both achieved notoriety in their careers, recalling their favorite moments. Krasinski says he was a 23-year-old waiter when he got the job for the series.

“After the pilot, I went back to attend tables because I was sure that nothing would happen with that. We all got there with that vibe. I remember that none of us had done anything great.”

It is a great surprise that after all these years, people continue to see her and continue to meet her. It’s great, ”added Carrel. Subsequently, they went on to remember their favorite moments from the series.

Carrell comments that one of his favorite moments was when Jim, a Krasinski character, begins to imitate Dwight Schrute (played by Rainn Wilson).

“When you came as Dwight that day, it was crazy to see Jim as Dwight. You were a very good copycat overall, I don’t think people know that, “he said.

The actors also mentioned how much they would like to reunite with the rest of their castmates.

Jimin’s Talent Has Been Applauded By Famous Director

Evolutionary Biologist Explains Why He Has Coronavirus In Many Celebrities And...

BTS sets their global dominance on Spotify with a new record