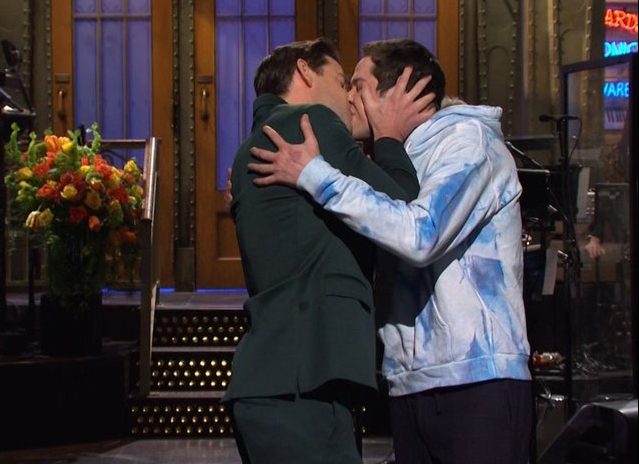 How would Jim Halpert react to that SNL doing sesh?

John Krasinski made his hosting debut on NBC Saturday Night Live and during his opening monologue, several cast members cut him off to encourage him to act more like his old breakout role from The Office and go so far as to “kiss Pam”.

Pete Davidson explained to him that he believes that due to the coronavirus pandemic, people trapped at home this past year over-watched the show on streaming services, believe his character and love are real and “really need someone to be Pam.” So Krasinski stood up to give people what they wanted, and he and Davidson faked a passionate kiss for three seconds.

V talks about his depression and how BTS helped him get...