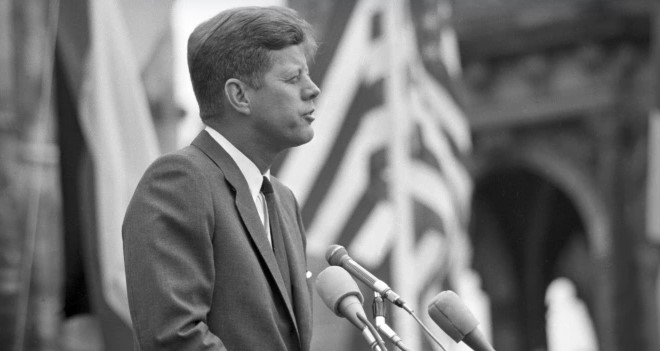 Ashton Gleckman, director of the Holocaust documentary “We Won’t Die Now,” turns his attention to John F. Kennedy in a new documentary series.

The 22-year-old director and composer, whom the famous composer Hans Zimmer called “the boy with the ears of a bat,” teamed up with RadicalMedia in the series “Kennedy” about the 35th president of the United States.

The project, which RadicalMedia is producing together with Gleckman’s Blackbird Pictures, is scheduled to premiere in 2023, timed to coincide with the 60th anniversary of the assassination of John F. Kennedy. Companies are negotiating with streaming platforms and networks. The series will seek to share Kennedy’s legacy with a new generation, including his early years, his time at war, his path to the political scene and his thousand-day presidency.

Gleckman, who writes, directs, edits and produces documentary series, has been granted unprecedented access to the John F. Kennedy Presidential Library to chronicle the life, legacy and leadership of the youngest president ever elected to office. He has also given over 100 interviews for the series.

This is the latest presidential documentary for RadicalMedia, which developed and produced the Ronald Chernow Grant for History, is working on Lincoln and Theodore Roosevelt, executive produced by presidential historian Doris Kearns Goodwin, and Leonardo DiCaprio and his company Appian Way Productions are involved in the project. The latter is for the A + E Networks channel, and is also in production on FDR for the same network.

“Ashton is a truly outstanding talent and we are delighted that he has chosen us as his partners to bring this hugely important series to life,” said John Kamen, CEO of RadicalMedia and executive producer. “Our common goal in this special series is to find the right home where we can gather the largest possible audience to reflect on Kennedy’s core values, leadership style and love of civic duty — especially for the new generation, which is sorely lacking role models in the political space today.”

“RadicalMedia is behind some of my favorite documentaries of all time. These films, from The Fog of War to Summer of Soul, have had a direct impact on my approach to making films and my style from the very beginning of my career,” Gleckman said. “From my first meeting with John Kamen and Dave Sirulnik, it became clear that these are producers who not only strive to create the best films, but, more importantly, deeply care about the stories they tell and the people they want to tell them to. I am very glad that I have found my home in Radical for this project and many others.”

Justin Bieber wants to replace the NBA logo in tribute to...