Home Entertainment John Boyega commented on the rumors about the upcoming casting of James... 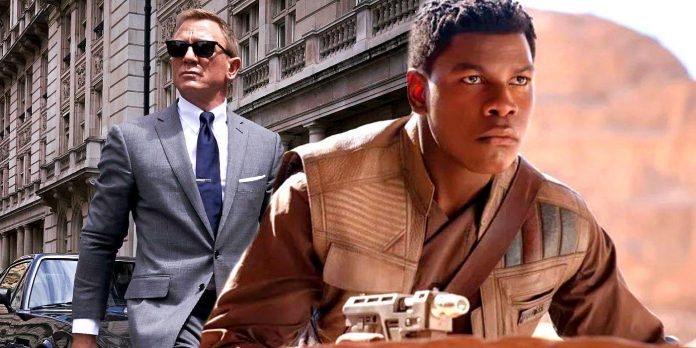 John Boyega denies rumors that he may become the next James Bond. After the first part of the franchise in the 1960s, Bond starred in 25 feature films, the last of which was played by Daniel Craig. Craig began his work as 007 Agent in 2006 at Casino Royale and said goodbye to the role in last year’s There is no time to die. In an unprecedented move, the film ended with the final death of Bond Craig, which put the future of the franchise in a dead end.

Meanwhile, Boyega is a few years behind a completely different franchise. The British actor became famous for playing Finn in the 2015 film “Star Wars: The Force Awakens”. Boyega eventually reprised his role in both Star Wars: The Last Jedi in 2017 and Star Wars: Skywalker. There are rumors about who could be the next 007 agent, and names like Idris Elba, Tom Hardy and Henry Cavill are often at the top of fan lists for this iconic role. As for whether Boyega would be interested in playing the next Bond, the actor has a pretty definite answer.

In a new interview with Men’s Health, Boyega denies rumors that he was contacted to play the role of Bond, but gives a glimmer of hope to those who want to see him in this role. Noticing an Aston Martin with a James Bond license plate during his interview, the actor makes it clear that if the producers of the franchise wanted him, he would have done it in an instant. Check out Boyega’s brief comment below:

Interestingly, Boyega’s comments that he is interested in taking on the role of Bond accompany his other comments that he will not join the MCU because Iron Man is too hard to beat and he wants to work on small indie films instead. Bond remains one of the biggest and most popular franchises, and it is clear that for Boyega, Agent 007 is currently an exception to his modest career interests. Although the character of Boyega from “Star Wars” was somewhat sidelined in the second and third films, much to the disappointment of fans, the actor has the ability to take on action-packed roles, which makes him an interesting candidate for the role of Bond.

Since “No Time to Die” marks the definitive end of one era of the iconic British super agent, it’s unclear what the next Bond movie will look like. The producers have previously stated that “Bond 26” will be a complete reinvention of the character, although what this actually means is still unknown. Boyega may not appear as often for the role of Bond as, say, Cavill or Elba, but the actor already has experience working as the face of a major franchise, and he is open to the idea if the producers ever call him.

PlayStation 2021 Summary: How To See Your Trophies And Hours Played...