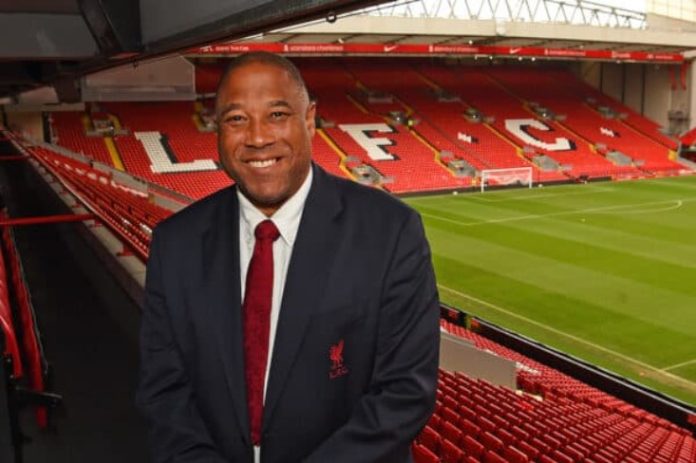 Liverpool have announced the appointment of club legend John Barnes as an official LFC ambassador who will represent the Reds at home and abroad.

Barnes was a Liverpool player for ten years from 1987 to 1997 and is considered one of the greatest players ever to represent the club.

The 59-year-old has played 407 games for the Reds, scoring 108 goals and providing 101 assists, and only Kenny Dalglish and Steven Gerrard have set more since records were set.

His affection for Liverpool as a club and a city persisted 25 years after his departure, and Barnes regularly performed in support of charity events and pre-season tours.

Now the club has made his role official, and Barnes immediately took up a new position as an LFC ambassador.

The former England player will be called up to speak on behalf of Liverpool at various events related to the club.

John Barnes, Peter Beardsley, Liverpool, 1988.
Speaking about becoming an LFC ambassador, Barnes said: “It’s a great honor for me to be an ambassador for this great club and everything it represents.

“I enjoyed representing LFC as a player, and I relish the prospect of wearing my favorite Liverbird logo on my chest again—although this time on a suit.”

“He is a true legend at this football club and we know how much Liverpool Football Club means to him.

“John has made a huge impact in his 10 years here, both on and off the field.

“We look forward to the impact he will have on advancing his role as ambassador.”

Roger Federer will only play Roland Garros on the clay court...