Home Sport Joey Chestnut named 1 product that “spoiled” Me after I ate it... 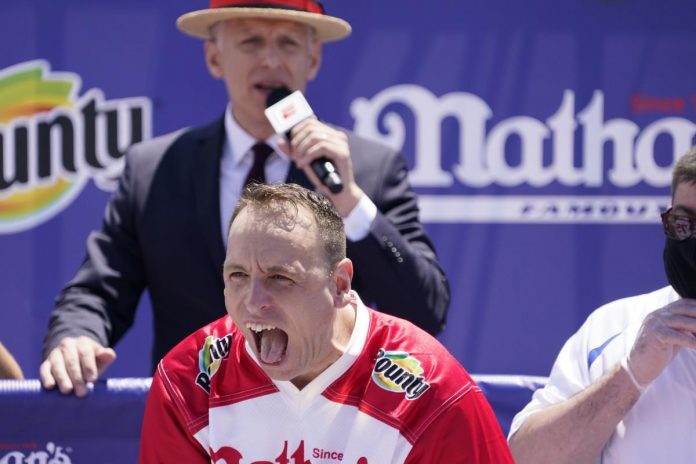 Joey Chestnut named 1 product that “spoiled” me after I ate it at a competition John Lamparski / Getty Images
Joey Chestnut is one of the best eaters in history, but sometimes even he feels bad after putting something in his stomach.
Chestnut won the National Hot Dog Eating Contest just over a week ago for the 15th time, continuing to prove that no one can beat him.
However, he felt bad after competitive eating earlier. Today, Chestnut said that he once took part in a crab cake eating competition, and it went badly.
“I remember participating in a crab cake contest,” Chestnut said, “through Pardon My Take” (first transcribed by Audacy). “When I went on stage, I thought: “Wow, these crab cakes, they smell like fish. They stood for a couple of hours. It made me sick afterwards. I’ve been eating crab cakes for a couple of years now, and it knocked me down.”
It doesn’t sound like a funny combination.
At least Chestnut has learned his lesson for the future.