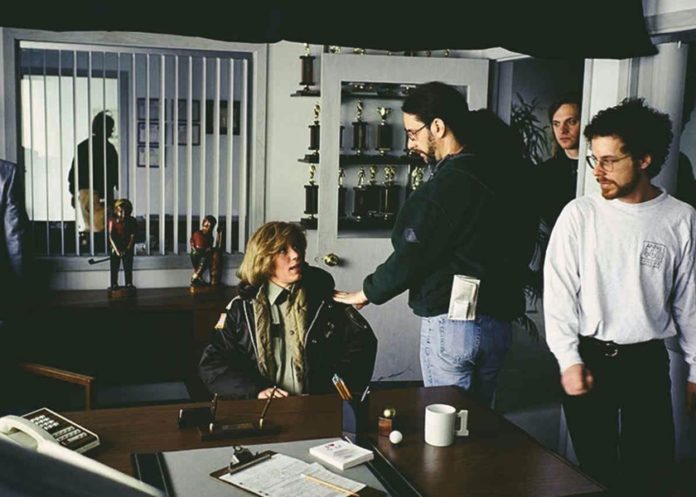 Joel Coen and Frances McDormand shared new details about the adaptation of Macbeth, whose name was determined as The Tragedy of Macbeth, and explained that it could be described as a thriller.

Joel Coen, one of Coen Brothers who made the most important films of American independent cinema such as Fargo, The Big Lebowski, No Country for Old Men, Inside Llewyn Davis, for the new adaptation of William Shakespeare’s memorable work, Macbeth, which has been adapted to stage and screen many times before. continues his preparations. Denzel Washington and Frances McDormand starring Joel Coen’s new Macbeth adaptation, the first movie to be made without his brother Ethan Coen. The duo are accompanied by names like Brendan Gleeson, Corey Hawkins, Moses Ingram, Harry Melling, Ralph Ineson.

Macbeth talks about the greed consumption of a Scottish lord who conspires against the king with his wife to seize the throne after the three witches prophesied that he would someday become the king of Scotland. While Denzel Washington brought life to Macbeth in the film; Frances McDormand also plays Lady Macbeth.

Oscar-winning producer Scott Rudin, who previously worked with Joel Coen in No Country For Old Men, True Grit and Inside Llewyn Davis, is on the team as the producer of the film; The distribution of the film is made by A24, which has made a name for itself in remarkable productions such as Moonlight, Good Time, The Lobster and Lady Bird in recent years.

New details about the film, which draws attention with its director, cast and production company, have emerged. Joel Coen and Frances McDormand made a half-hour live stream on Instagram with theater director Damiano Michieletto and made important remarks stating the name, genre, and why Macbeth wanted to shoot the movie.

New Details About Joel Coen Signed The Tragedy of Macbeth Announced
Filming this movie, named The Tragedy of Macbeth, begins when Frances McDormand asks Joel Coen if he wants to direct Macbeth’s theater play. Coen, who did not accept this offer at first, is impressed by Frances McDormand’s Lady Macbeth performance in the game and changes her mind on this issue. When Macbeth starts to think about his story in terms of the film, he starts his preparations for the project.

In the adaptation of Macbeth, directed by Joel Coen, the main characters will appear older in age, that is, we will watch an elderly Macbeth couple in the movie. Stating that the characters have already exceeded the childbearing age, Frances McDormand stated that this situation put pressure on their desire to have a throne; He stressed that it was “very important” that Lady Macbeth had no children. McDormand, who interpreted this situation as the personal tragedy of Lady Macbeth, explained the essence of the character she portrayed in this way.

Stating that they think of The Tragedy of Macbeth as a thriller, Frances McDormand states that the movie has a clock-like story. “Yes, [it can be thought of as a thriller]], says Joel Coen. I think it’s something I always feel while watching this game, and also something that becomes clearer and more interesting to me when adapting the game. It’s interesting to see how Shakespeare preformed some of the tropics prevalent in the American thriller and crime literature in the early 20th century. In crime novels, it’s like a story around a husband and a wife planning a murder. In American crime stories that took place in the early 20th century, you can see the echoes of what Shakespeare clearly did at Macbeth. I thought it would be interesting to bring some aspects of it while shooting the movie. ” found in the description.

Saying that he used 85% of Shakespeare’s language in the movie, Joel Coen also talked about how witches, which occupy an important place in the Macbeth story, are depicted. Stating that the witches take a big place in this story, Coen explained that the three witches in the movie were played by Kathryn Hunter. He pointed out that the witches are beings that look like birds walking around the dumps on the battlefield, and turn into human forms when necessary. The transformation of the witches in bird appearance into human form stands out as a remarkable feature of the Joel Coen adaptation.

On the other hand, the music of The Tragedy of Macbeth will be composed by Carter Burwell, who previously worked with Joel Coen on many projects. The vision date of the movie that we want to watch as soon as possible after this new information has not been clarified yet. You can follow the new developments related to the movie, which we are curiously waiting for, on our site.

Things we all do when we start a new game