Home television Joe Lycett presents a huge shredder that he will use to destroy... 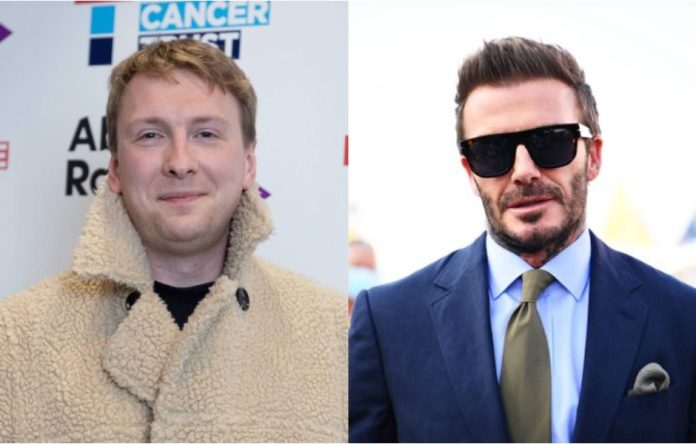 Joe Lycett presents a huge shredder that he will use to destroy 10,000 pounds if David Beckham does not abandon the deal with Qatar.

Joe Lycett has unveiled the huge shredder he uses to destroy 10,000 pounds in protest against David Beckham’s participation in the World Cup in Qatar.

The 2022 FIFA World Cup will be held from November 20 to December 18 in the capital Doha and its surroundings amid ongoing criticism over the deaths of migrant workers during the construction of stadiums and the country’s views on homosexuality, which is illegal in Qatar.

Last week (November 13), Lycett criticized Beckham’s role as an ambassador for the tournament, which reportedly earned him 10 million pounds. In a video message, the comedian offered to donate 10,000 pounds of his own money to a charity for homosexuals if Beckham stops sponsorship before the tournament begins. Otherwise, it will be destroyed on the opening day of the tournament.

On the eve of tomorrow’s start of the tournament (November 20), Lycett shared on Twitter a photo of a huge shredder, counting down the last 48 hours during which Beckham can agree to the request.

After Lycett made the request, many responded to the video to urge him to rethink chopping. “Please don’t waste the money. This is a lifeline for a small charity,” one person tweeted.

Another person wrote: “Could you include a clause stating that £10,000 can be spent on a good cause, not wasted? Available loads. Or maybe because of Beckham’s pet hate. But not entirely in vain.”

“For God’s sake, Joe, DON’t actually spend this literally life—changing amount of money for the sake of naming and shaming a famous football player,” a third person added.

“It would be really obscene and not even remotely constructive. Instead, you’re going to use it for good, right?

Elsewhere, England coach Gareth Southgate said his players would talk about human rights violations in the host country during the tournament.

Speaking after announcing his 26-man squad for the tournament, in which England will face Iran in their first match on Monday, November 21, Southgate said his team would openly discuss issues related to the venue of the World Cup.

On the eve of the start of the tournament, Dua Lipa also denied rumors that she was supposed to speak at the opening ceremony, and called on Qatar to “fulfill all the promises in the field of human rights that it made when it won the right to host the World Cup.” while Rod Stewart reported that he also declined the opportunity to participate in the celebration for moral reasons.

Jung Ji-so is an actress hiding a secret in Kang Ha—neul...