Home Celebrity Joe Jonas and Sophie Turner’s Baby Could Be Born Sooner Than You... 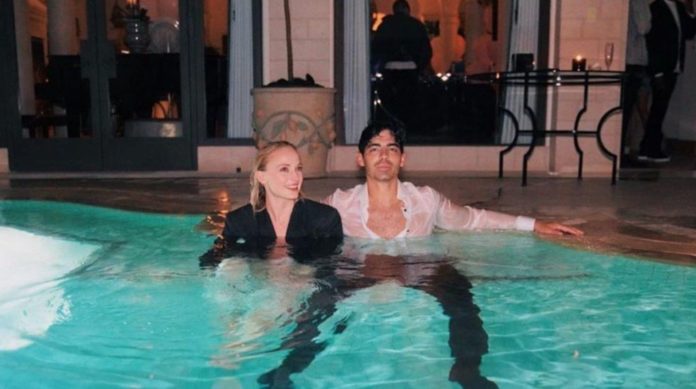 New details of the couple’s pregnancy have come to light

Recently many speculations arose about whether Joe and Sophie were already waiting for their first baby and, after being confirmed by a source close to the actress, the news flooded the networks with the fans of both excited by the happy couple and their plans to grow his family.

This source indicated that Sophie has been carefully choosing her outfits to adapt to changes in her body, even after this news was revealed, both artists have remained silent regarding this aspect of their personal lives and, although the representatives of both have decided not to give statements about it, more information about them keeps coming to light.

According to US Weekly, the couple’s firstborn could be born during the middle of the summer. Joe and Sophie’s wedding took place during the first half of last year and this pregnancy would make him the second of the Jonas Brothers to become a father.

Jimin has fun with the baby filter during quarantine