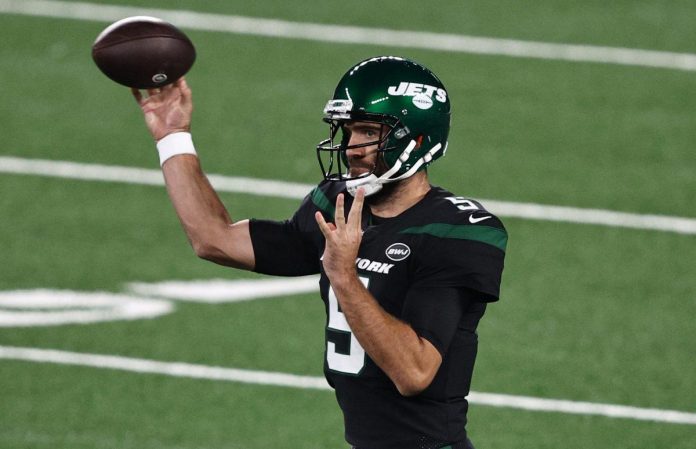 Zach Wilson was spotted at practice again this week, but the Jets are still playing with Joe Flacco in the starting lineup Sunday.

According to ESPN’s Rich Cimini:

According to the source, Joe Flacco will remain the Jets’ starting quarterback this week. Not surprising. On Monday, Robert Saleh said that Flacco “probably” will be in the starting lineup, although he opened the door a crack. Flacco for Mike White was seriously considered.”

The NFL world reacted to Flacco’s news on social media.

“Thank you, just accepted the Browns’ defense,” one fan replied.

“Makes sense, Mike White won about 10 Emmy Awards on Monday, probably had too much fun to start a football game on Sunday,” commented another.

“The leash should be much shorter this week… especially if the ‘meeting lacks energy’ and the attack has stalled,” said another.

Flacco gets his second chance against AFC North in the early window.