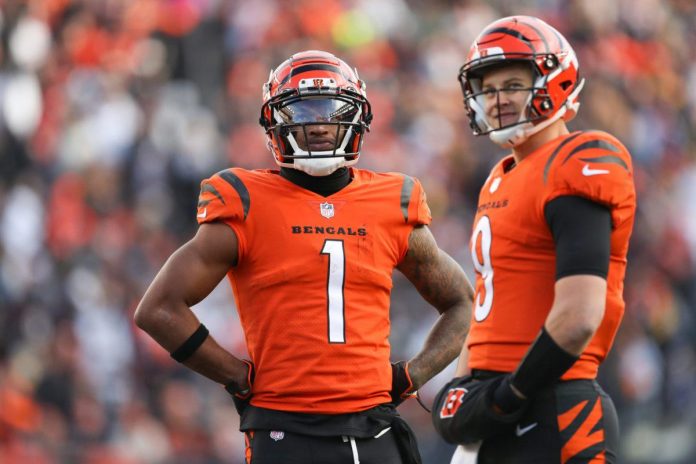 As the Bengals prepare to defend the AFC title, quarterback Joe Burrow has high hopes for one of Cincinnati’s offseason additions.

ESPN’s Ben Baby: “Bengals QB Joe Burrow called new TE Hayden Hurst “very nervous.” He said he expects Hurst to get a lot of one-on-one matches that he can win.”

Hurst came to Cincinnati on a one-year contract after four NFL seasons split between the Ravens and Falcons.

A former first-round pick from South Carolina, Hurst played in 57 games with 18 starts, catching 125 balls for 1,304 yards and 12 touchdowns during his career.

This isn’t the first time a Bengals player has noticed Hurst in the offseason. Earlier in training camp, teammate Michael Thomas said the tight end was “as advertised.”

When asked if Hearst was enjoying a fresh start at Cincy, the 28-year-old actor said:

I should have said yes. The coaching staff really sees what I’m capable of. Confidence of the coaching staff. They believe in you and talk to you about things. Very transparent. It gives you the confidence to go out and do your thing.

Expect Hurst to make a good contribution to the Bengals 2022 pass attack.