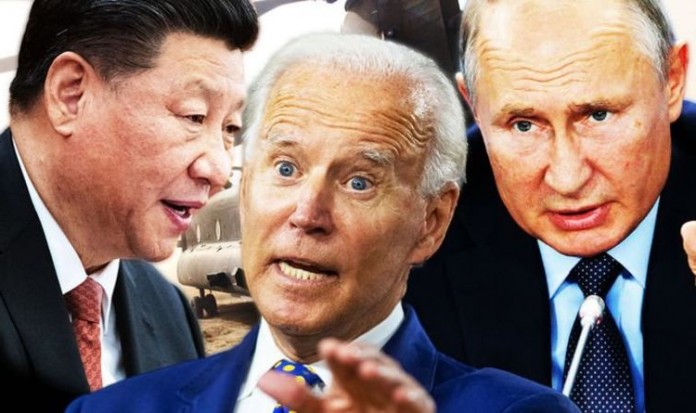 Saying that they will not send planes to Ukraine, US President Biden said, “We will not enter the Third World War. “Bringing NATO into the war in Ukraine will not be a victory,” he said.

US President Joe Biden has announced that they will provide the necessary defense assistance to Ukraine against Russia, but sending planes and tanks with US crews will mean the Third World War.

Joe Biden spoke at the conference of Democrats in the House of Representatives in Philadelphia.

Biden stated that the European Union, NATO and G7 partners of the USA came together against Russia to impose economic sanctions on Putin and isolate Russia, and reminded that the USA suspended normal commercial relations with Russia this morning.

Stating that European countries are more fragile than the USA regarding the gasoline import ban, and that these countries are largely dependent on Russia, Biden said, “It may not be wise for them to ban imports as we did, but we are trying to find alternatives for them in energy, natural gas and other issues.” .

Saying that the economic sanctions imposed on Russia have produced results, Biden said, “Currently, 200 rubles is equal to 1 dollar. The Moscow stock market is closed for only one reason, because the stock market will explode with those who open the stock market,” he said.

‘WE WILL DEFEND EVERY SQUARE METER OF NATO LAND’

Stating that they will deliver the weapons they need to Ukraine and that they will send the necessary money to meet the vital needs of the Ukrainians, Biden said:

“We will defend every square meter of NATO territory in accordance with our obligations in Article 5, but we will not enter the ‘Third World War’. Bringing NATO into the war in Ukraine will not be a victory. We are providing all the help we can at the moment, but World War III is the only way to send planes, tanks, trains with American pilots and crews to Ukraine.”

Biden also blamed Putin for the rising oil price and inflation in the US in recent months.

Criticizing the Republicans’ blaming himself for this increase, Biden said, “Putin is the cause of inflation and the increase in fuel prices. We are trying to fix this situation,” he said.