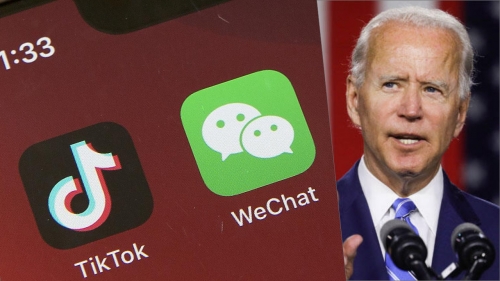 Former President Donald Trump tried to ban WeChat and TikTok during his tenure on the grounds that he posed a national security threat. Legal actions Trump initiated against Chinese social media apps while in office were paused by Joe Biden.

While the new US administration was reviewing whether the applications actually posed a threat, they demanded that legal action be suspended.

As a result of the postponement specified in the legal documents, they will be able to continue to work in the USA in both applications. As you may remember, Trump claimed that the widespread use of mobile applications developed and owned by Chinese companies in the US threatened “the US’s national security, foreign policy and economy”.

When we look at the location of legal action in the US, WeChat has more than a billion users worldwide, but the company says it only accounts for 2% of the US revenue.

In addition, the video sharing application TikTok has approximately 800 million users worldwide, 100 million of which are in the USA.

It should also be noted that ByteDance, the owner of the application, met with software company Oracle and supermarket giant Walmart to finalize an agreement that will allow TikTok’s US assets to be transferred to a new business in order to prevent the ban in the country.

New Trap to Watch Out for Fraudsters: ‘Undeliverable Cargoes’