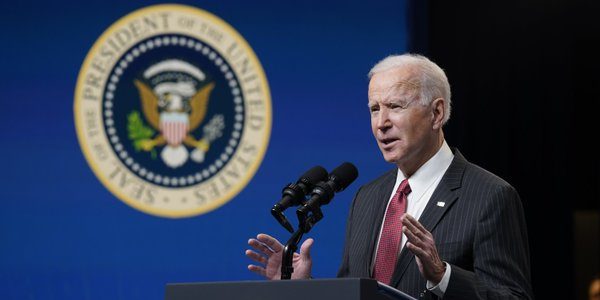 US President Joe Biden on Wednesday ordered new sanctions against the military regime in Myanmar.

Biden said he was issuing an executive order that will prevent Myanmar generals from accessing a billion dollars in assets in the United States. Biden added that more measures will come.

“The military must renounce the power it took and show respect for the will of the Burmese people,” Biden said. The president said the new sanctions will allow his administration to freeze US assets that benefit Myanmar’s military leaders.

He said the administration planned to identify specific targets for the sanctions later this week. “The people of Burma are making their voices heard and the world is watching,” said Joe Biden, using an alternative name for Myanmar.

“We will be ready to impose additional measures and will continue to work with our international partners to urge other nations to join us in these efforts,” added the President of the United States.

Crowds took to the streets again in Myanmar

Before Biden spoke from the White House, large crowds took to the streets in Myanmar again, even after security forces increased the use of force against them and raided the headquarters of Suu Kyi’s political party.