DeFi platform Augur opened a poll for the US presidential election, which will take place today. Over $ 5 million was invested in the survey between Joe Biden and Donald Trump.

Augur, a blockchain-based prediction market, has launched a survey for the US presidential election scheduled for today. In the survey, two candidates for the presidency of the United States of America; One can guess who will be elected between the Republican candidate Donald Trump and the democratic candidate Joe Biden.

In a statement made on his social media account, Augur announced that the volume of estimates made for the 2020 elections exceeded $ 5 million. In addition, there were over $ 3.6 million of open positions regarding election predictions, while 24-hour volume exceeded $ 1 million.

Augur also announced the ratio of the estimates made so far with the image he shared from his social media account. Democratic Party candidate Joe Biden predicts, right now ahead. While the rate of those who said Donald Trump wins was 40%, the rate of those who thought the election would be in favor of Joe Biden reached 60%. The data was released just 24 hours before the elections. 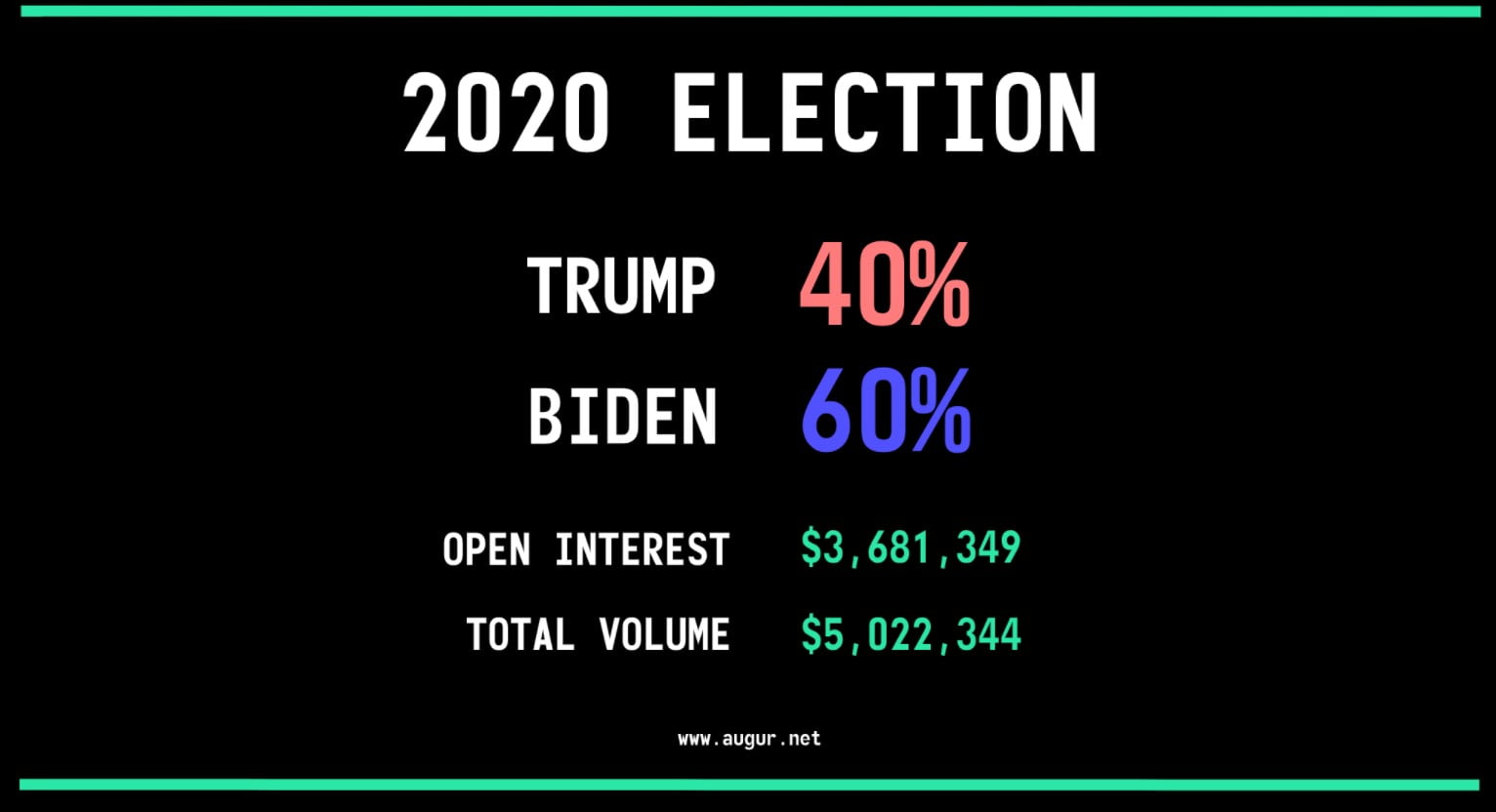 Augur is not the only prediction market to survey the US election. Larry Cermak, one of the research directors of TheBlock, revealed the situation on other platforms with the table he shared on Twitter. The value of open positions created for the election results in the crypto money exchange FTX, which is located just above Augur, has exceeded $ 5.06 million. Apart from these, Omen and Polymarket were among the prediction markets that opened surveys for the election result. Looking at the table, it is observed that in general, the predictions that Biden will win are dominant.

Precautions you should take if you use apps to know …

Meghan Markle about to do a political show on TV!

Bank of England: Banks Will Have To Get Used To Cryptos

Ethereum Classic (ETC) May Have Been 51 Percent Attack