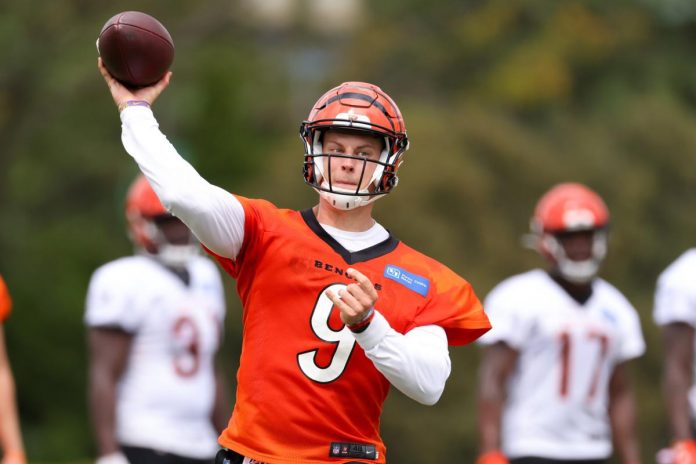 Cincinnati Bengals quarterback Joe Burrow has returned to practice after a two-and-a-half-week absence from the team.

Burrow underwent an operation to remove his appendix, which made him relax a little.

He told the media about the operation on Wednesday afternoon and openly admitted that he had lost some muscle because of it.

“When they bump into you and do stuff like that, your core will lose some muscle,” Barrow said.

It just means that Burrows will have to return some of them in the next few weeks/months.

Burroughs chose a good time for the operation. If he had done that in the regular season, he would have missed a couple of potentially really important games.

He finished the season as a sophomore with 4,611 yards rushing, 34 touchdowns and 14 interceptions.

He hopes to be at that level again, as the Bengals have unfinished business this season.