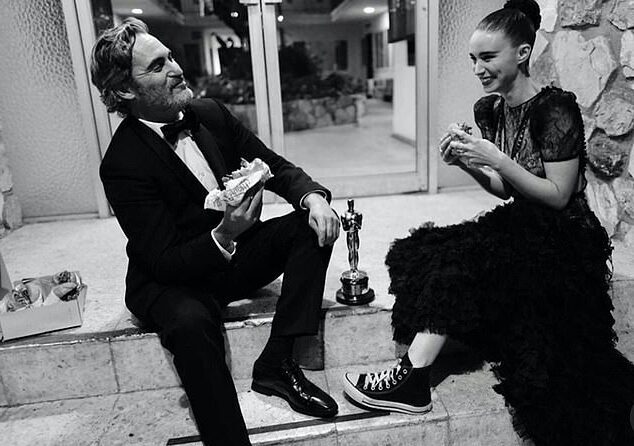 After three years of having a relationship that surprised many from the first moment, the lives of Joaquin Phoenix and Rooney Mara would be about to take a 360 ° turn as both are waiting for their first child together. We tell you everything we know so far.

According to reports from the Page Six portal, Joaquín Phoenix and Rooney Mara would be keeping a low profile on the actress’s pregnancy since neither of them has decided to speak publicly about this issue so far and they have simply passed the quarantine quietly in their Los Angeles residence.

In recent days, Rooney Mara would have been seen wearing a comfortable and very loose outfit, with which it would go unnoticed that she is pregnant. According to the aforementioned source of information, the actress of ‘The girl with the tattooed dragon’ would be approximately 6 months pregnant. OMG!

Joaquin and Roonie Mara started dating after filming the movie ‘Maria Magdalena’ and had previously met on the set of ‘Her’ in 2013. It was until 2017 when they made their relationship official during the Cannes Festival, when they had their first public appearance as a couple.

Joaquin Phoenix and Rooney Mara got engaged in July 2019 and are currently about to become parents for the first time. So far, neither actor has commented on her pregnancy.

Recently other celebrities who announced that they are expecting their first child together were Gigi Hadid and Zayn Malik, who are very happy to become parents; as well as Joe Jonas and Sophie Turner, who were recently seen together and the actress first showed her pregnancy. Aww!

Zayn Malik Claims To Be Innocent In The Face Of Gigi’s...