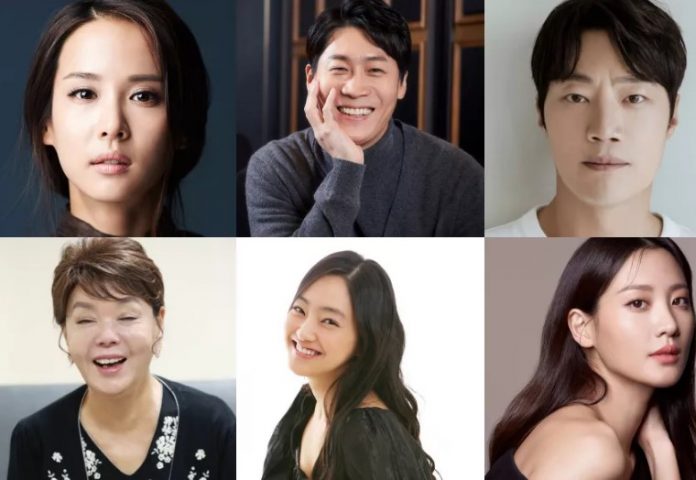 tvN has released a new teaser for the upcoming drama “Call my agent!“.

Starring Lee So-jin, Kwak Song-yeon, Seo Hyun-woo and Joo Hyun-yeon, “Call My Agent!” is a remake of the popular French TV series of the same name, which realistically and wittily tells about the brutal struggle of the main stars and their managers.

The tvN remake will develop stories that correspond to the situation in Korea, but at the same time include the strengths and interesting moments of the original work. The drama will demonstrate how professional managers working with leading Korean stars inevitably become amateurs in their own lives when they are guided by work, love and ambition.

The new teaser gives viewers a brief overview of the stars who will appear in the first four episodes of the drama, including celebrities such as Cho Ye Jung, Jin Sung Gyu, Claudia Kim, Lee Hee Joon, Kim Soo Mi and Seo Hye. Rim. The inclusion of real celebrities will give the drama a very realistic look, helping viewers to raise excitement as reality and fiction blend together.

Notably, Jin Sung-gyu and Lee Hee-joon portray an older and younger relationship similar to the ones they have in real life, while Kim Soo-mi and Seo Hye-rim portray a fictional version of their relationship as a real mother-in-law. the law and the daughter-in-law.

The producer of the drama stated: “All these stars will make this drama even more interesting through their passionate acting,” teasing that these celebrities won’t be the only big names to appear in this highly anticipated drama.

Check out the new teaser below!