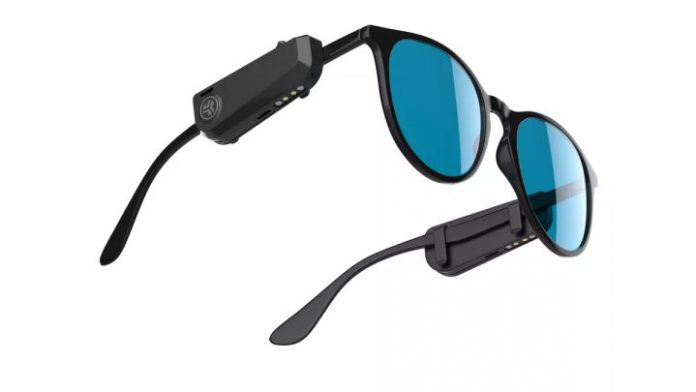 The day of the Magi has passed, those who have brought more than one headphones. In recent years, the trend of wireless style has been imposed by Bluetooth and, in addition, touch. Also, some are very cheap for what they offer, which supports the abandonment of the 3.5mm connection that is seen less and less. But users who wear glasses have a novelty with the arrival of the Jlab JBuds that hang on the temples of the frame.

A headset that hangs from the glasses

The tastes of users are infinite, hence there are many needs to be specifically addressed. Headphones are one of those products since there are buttons that go into the ear, headband that are larger but have great quality or without cables to give a few examples. But in Jlab they have another type of proposal which is the one they raise with the Jlab JBuds.

They are not ordinary audio players because of their shape. The firm has put many devices of this style on the market, but these consist of two modules that have two grips that are attached to the temples. At the back is the loudspeaker through which the audio is reproduced, which is positioned about 16 mm from the ear. And this is important, since on the one hand it is not intrusive, but this may prevent you from reproducing sound efficiently.

As with other similar gadgets, the Jlab JBuds also serve to receive calls and have IPX4 protection against water and dust. They also have two buttons to raise and lower the volume or answer a call. On the other hand, you can pair the two or just one to the terminal, something that may interest you to use one while charging the other (which are done by magnetic attachment). And now that we talk about charging, its autonomy reaches 8 hours of playback.

Based on what The Verge says, the Jlab JBuds won’t have great audio quality because of their build, but they’re a good option given their price. This one is approaching $ 50 and will be available this coming spring. The decision to get them or others will depend on you if what you are looking for are headphones

What happens now with Ripple? What do the experts say?