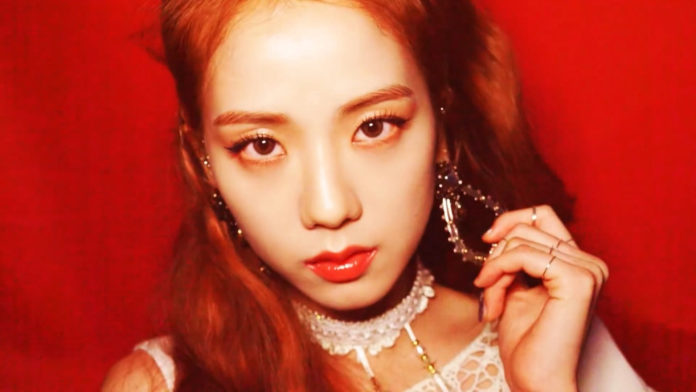 Jisoo is criticized and receives offensive messages from haters. BLINK created a hashtag asking them to apologize to the idol.

In K-Pop groups , fans always emphasize that all members should be supported, but there have always been those who minimize presence, talent, and place within the group, causing them to face each other in dimes. and go.

BLACKPINK is one of the girl groups of this genre, which has had a short and prolific career, with global popularity reflected in its solid fanbase , which always supports girls.

A fanbase of origin Brazil , with more than 77 million followers on Twitter has been embroiled in a scandal, because it has revealed one private chat , the members of the staff that feeds the mind within them, we read that some of the Members minimize Jisoo’s work .

The fansbase had always said that they supported Jennie, Lisa, Rose and Jisoo alike , but apparently some BLIKS on their staff didn’t.

Some of the messages are: ‘ Jisoo only debuted to be the group’s model, she doesn’t actually sing’, ‘If the collaboration with Dua Lipa is real, I just want Jennie and Lisa’s rap, no more’, ‘Yes With 4 girls, Jisoo does not sing, imagine a collaboration, will she be able to sing? ‘

u said it urself, it cant be justified in any way but u are still trying so hard to do so. like always, saving ur own asses but dont dare to think about the people u have hurted and only apologizing when thousands of people are against u? deactivate for the good of everyone of us https://t.co/tKExPNGuoY

Also circulating online: ‘I think Jisoo could be one of those youtuber gamers who succeed with nerds’ and ‘even she is otaku, she is degenerate in all her forms’

Fans created the #ApologizeToJisoo hashtag for those involved to apologize to the BLACKPINK singer .

BLACKPINK and Rosalia delight fans with a possible collaboration