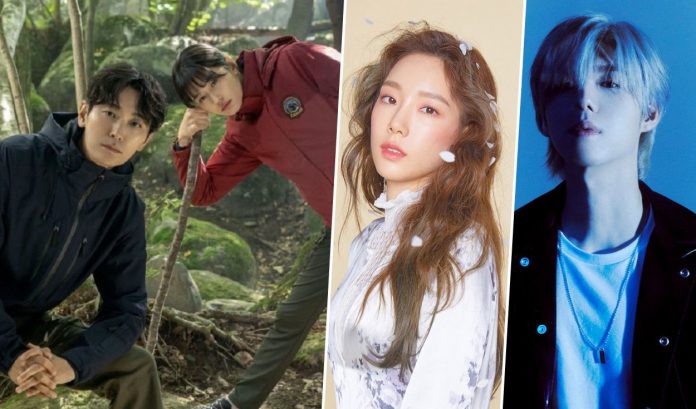 K-drama starring Joo Ji Hoon and Jun Ji Hyun, also stars of the zombie series Kingdom, revealed a first deluxe musical lineup. If the upcoming K-drama Jiri Mountain had already captured the attention of fans for its story and actors, including Kingdom stars Joon Ji Hoon and Jun Ji Hyun, now there is a new reason to anticipate its premiere: its OST.

On August 19, the production company behind Jirisan gave a sneak peek of the soundtrack by revealing their first lineup. It thrills audiences as it is made up of top singers whose voices gave life to some of the most remembered original drama songs.

The names of the songs they will perform and the order of publication have not yet been revealed. On the other hand, the presence of these stars is highlighted as an attractive point of the OST due to their outstanding previous work in the field.

The leader of the famous K-pop girl group Girls’ Generation has a long list of OSTs, but Hotel del Luna’s “ All about you”, Hong Gil Dong’s “If”, and “Can you hear me?” of Beethoven Virus is the best known.

In just three years into his career, soloist Gaho has earned a special place in the hearts of Korean series fans for the OSTs he has performed. Two of the most popular are “Running” by Startup and “Start” by Itaewon class.

“You & I” by Weightlifting Fairy Kim Bok Joo, “Gravity” by The King: Eternal Monarch, “Lost” by Nobody Knows, and “Blue Moon” from The Story of the Nine-Tailed are part of Kim Jong Wan’s repertoire, a member of the NELL quartet.

What else is known about Jirisan’s OST?

Directed by Lee Eung Bok (Goblin and Descendants of the sun) and scripted by Kim Eun Hee, and writer behind the script for the zombie series Kingdom, Jiri Mountain will tell a mystery story about guardians of the forests.

It is scheduled to be released on October 23 on tvN. Its arrival in the Netflix catalog is also anticipated, although the latter has not been confirmed yet.