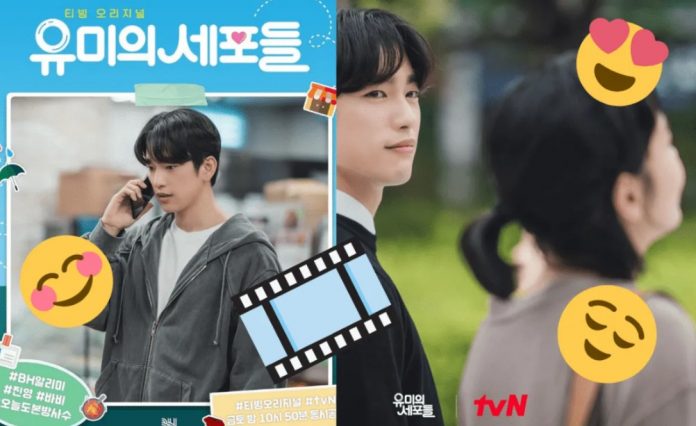 GOT7’s Jinyoung made us feel true love with his special character in the drama Yumi’s Cells. How was your participation? At last, after a long wait, GOT7’s Jinyoung appeared in the K-Drama Yumi’s Cells as Yoo Babi, what will his character’s chemistry be like with the female lead and what was the response from fans to the preview?

The drama Yumi’s Cells established itself as a favorite among local and international viewers with stellar performances from Kim Go Eun and Ahn Bo Hyun, now joined by GOT7’s Jinyoung .

Before the premiere of the webtoon adaptation, it was announced that the K-Pop star would appear with a special character , from that moment AHGASE marked the launch date of the project on its calendar to be aware of his performance.

The day came and finally the chapter in which GOT7’s Jinyoung appeared in the drama as the new boy who will awaken many feelings in Yumi’s heart. What else can you expect from the singer’s character ?

IN WHICH CHAPTER DID GOT7’S JINYOUNG APPEAR IN YUMI’S CELLS?

At the end of chapter 7 of the drama, the spoilers of episode 8 were presented where one of the actors who shone was Jinyoung , he looked very friendly and kind to Yumi, he will give life to Yoo Babi .

What kind of boyfriend Yoo Babi is??

WHAT WILL THE STORY BETWEEN YOO BABI AND YUMI BE LIKE IN YUMI’S CELLS?

Although Yumi and Goo Woong’s relationship is going better than ever, he meets Yoo Babi in the least expected way, who is a handsome boy who is the most popular worker in his company, but does he have a secret?

After their first meeting, the characters of Kim Go Eun and Jinyoung meet again at the supermarket, things flow between them and hint that the love triangle is approaching and will be more intense than ever.

The production assured that Yumi’s cells will play a very important role with the arrival of Babi, we will also have funny moments and misunderstandings between the protagonists .