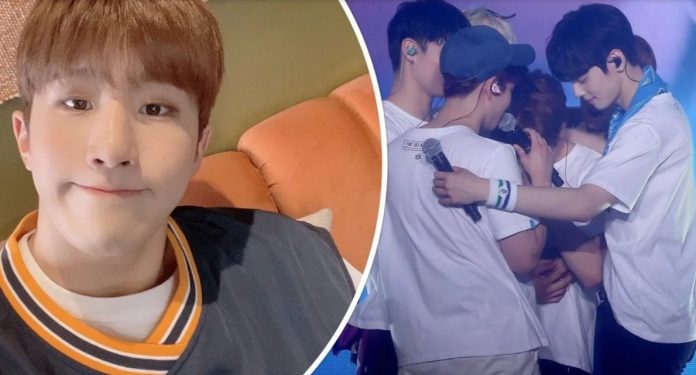 ASTRO’s JinJin decided to voluntarily self-quarantine and pause their activities. Fantagio Entertainment, the agency that is in charge of ASTRO, released an official statement detailing everything about Jijin’s health status, the idol was not feeling very well and his test came back positive.

ASTRO had been promoting his latest production ‘Switch On’ , the album that had been triumphing in music programs of South Korean television with its theme ‘After Midnight’ ; idols also appeared on other content to share more about their work.

With the great support of AROHA , ASTRO’s fandom, which grows more and more every day, this K-Pop group has been achieving little dreams and goals little by little and without a doubt, today, ASTRO is one of the most beloved bands. within the musical genre .

Although now an illness afflicts the leader of ASTRO , surely soon we will see him recovered and returning with full force to the stage along with all his bandmates.

Fantagio Entertainment has released a statement which states that members of ASTRO are in quarantine after they voluntarily jinjin give positive to your test, the idol had symptoms and decided the performed test although the beginning was negative ; the second time he took the test confirmed that the leader of ASTRO was sick .

Moonbin and Sanha also took the test as well as the band’s STAFF and they are waiting for the results but they all decided to go into voluntary quarantine and because of this, all future ASTRO activities were canceled .

The group’s fanbase is sending the best messages to JinJin with the hashtag ‘ #GetWellSoonJinJin ‘, we hope that the idol recovers in the best way and that he can continue with his music , which is what he loves the most.

Fantasy Tower: where to collect crystals