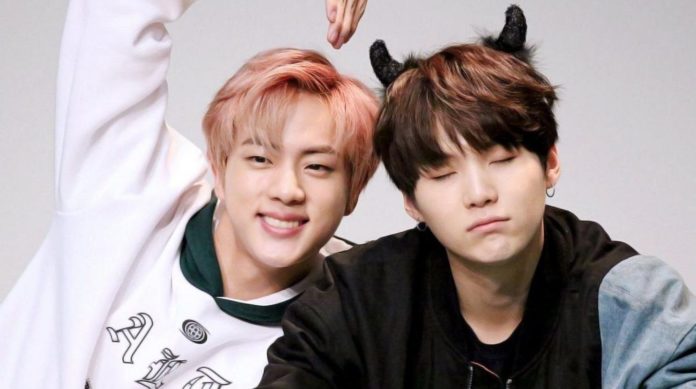 The boys from BTS recently canceled their 2020 tour , where they would present their latest record material ‘Map of the Soul: 7’, due to precautions due to COVID-19 , which has become a pandemic and precautions have been taken so that more people are not infected.

As part of the tour, the group that plays ‘Boy with Luv’, would be visiting countries such as the United States, Spain, Japan, United Kingdom, Germany , among others, who were excitedly waiting for the group to arrive in their territory and enjoy them like never before.

Suga posted a photo on Twitter with the description:

Those that melted the hearts of the fans , who between sadness and calm, express that it was the best decision to stay at home for a while so as not to go through any altercation or expose themselves.

But apparently he is not the only member who misses being on stage and expressing his love for ARMY , because within Weverse , a fan posted:

Writing the name of the idol as fans get used to shout at the concerts , what the Hyung of BTS him replied :

Jin : Me too.. I want to do a concert..@BTS_twt pic.twitter.com/yZdDiwacUR

The fans in the publication responded with several messages , such as taking good care of themselves and that they would soon see each other to give themselves a lot of energy and affection.

One of the World’s Most Famous Writers Abandoned Facebook for Security...