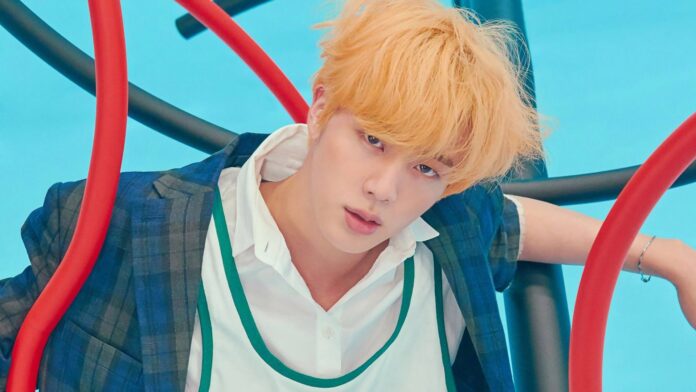 Jin surprised BTS fans with a live broadcast where he shared one of his newest hobbies, as this idol acknowledged that he has started playing the piano and, while still learning, wanted to show it in front of ARMY.

The broadcast occurred from the YouTube account BANGTAN TV, a site where for more than half an hour Jin showed the progress of his skills as a pianist. Accompanied by a smiling RJ plush toy, this boy commented that he had brought the piano from his office with him and started playing.

With the sheet music in front of him, Jin placed his hands on the keys and put into practice what he has recently learned, the idol said that he is using the Beyer method to improve his skills, since it is an elementary stage to start with this instrument .

Slowly, Jin played a few tunes, and although he seemed shy and a little suspicious, fans continued to motivate him and point out how well he was doing. Jin said that through this broadcast he wanted to show himself to be great, but because he had been practicing the piano for a short time, it was difficult for him to do so.

However, because he now has the piano at home, he reported that he would try to improve through his perseverance, because even if he practices for an hour a day he can advance his learning.

Seokjin recently confessed that after the release of Suga’s mixtape, he has received inspiration to start preparing new songs, so we could have musical releases by this boy much sooner than expected.

Watch the video of Jin’s broadcast below.

The final scene of the show opened the door for season...