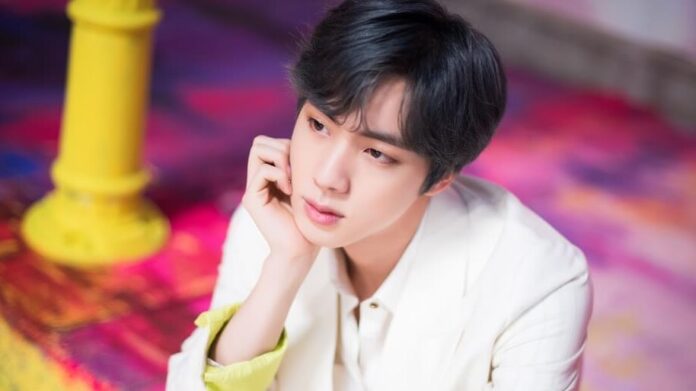 Through BTS’s official Twitter account, Jin showed himself again to his fans, who have missed seeing him along with his peers on social media. For that reason, the idol came to tell ARMY what he has been doing these days and leave a special message to his followers on this platform.

Although most BTS members have made repeated appearances on social media, there are some who demonstrate their interest in this form of entertainment more than others. Jin, for example, has been rarely seen, which is why each of his appearances is celebrated by ARMY . That was exactly what happened now that Jin returned with a surprise update on Twitter , which managed to brighten the day of his followers.

It is a selfie where we see him wear a blue sweatshirt with his hat on, while his dark hair stands out from this garment and is placed on part of his face. BTS fans expressed their excitement to see this idol again, but also, he shared a few words taking advantage of the occasion.

Jin said he has been resting all day, causing ARMY to remember that he recently confessed during a radio segment alongside Suga that he had been sleeping a lot these days, even reaching 15 hours of sleep. But in addition, Jin wanted to motivate his fans to also rest as much as they can during this season, since a break like the one they are experiencing in their activities does not occur frequently.

It was recently revealed that Jin gave a very special gift to his parents after acquiring a new property for himself, the gesture was very special and unexpected, the same that was revealed after his move.

BTS TO PERFORM AT DEAR CLASS OF 2020 WITH MICHELLE AND...