Home Celebrity Jin Plays a Joke on Jungkook For Revenge 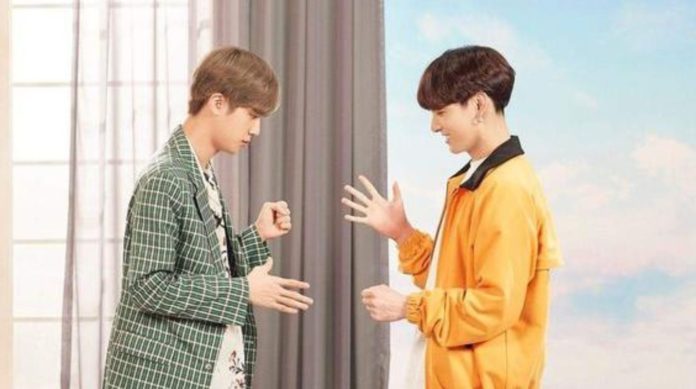 The idol made a fair and necessary joke on his partner.

BTS has shown that they are very close and there is a great friendship between them. The boys continue to give ARMY adorable moments, this time one starring Jin and Jungkook.

The revenge is sweet, or so they say and Jin knows very well, we tell you what’s what happened.

The idol decided to give the fandom a selfie where he was accompanied by the maknae; however, the photo was not what the ARMY expected , as Jin decided to joke with Jungkook and covered his face with a sticker. Que??

We know that Jin is a boy who is very sure of himself and tends to joke with his appearance, but beyond wanting to shine in the photo , it could have been a small and funny revenge , because long ago, his partner hid it from the photo by putting a hand on his face. LOL

The ARMY found her joke adorable , they even shared some memes about the photo . No doubt, Jin did not miss the opportunity and was very patient to be able to give Jungkook a spoonful of his own medicine .