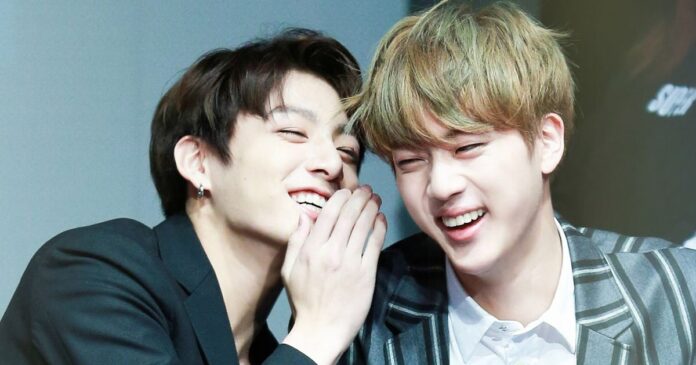 Jin and Jungkook star in adorable teddy bear fight. The BTS members had fun with the cute BT21 characters. Jimin, Jungkook, and Jin shared a clip playing with their BT21 characters.

The members of BTS have had a pretty tight schedule, the last month they prepared for the online show ‘ Bang Bang Con: The Live’, their next Japanese comeback and other activities to entertain ARMY .

Despite their multiple occupations, the members of the Big Hit Entertainment gang stay connected with their fans around the world through their social networks; With photos and videos, they thrill netizens.

Via Weibo, Jimin, Jungkook and Jin, they demonstrated their acting skills and their talent for speaking in Chinese, in a 50-second video , the singers revealed the characteristics of their BT21 characters and had a battle to know which one is the cutest.

Jin described RJ as a friendly alpaca, which is small and adorable, also the largest member of the Bangtan Boys said that what he likes most about his character of BT21 is its snow – white wool.

Seok Jin asked Jungkook , ‘Is n’t RJ the cutest?’ and BTS’s maknae replied that the cutest of all BT21 members is the pink rabbit , Cooky. The interpreter of ‘Begin’ took the opportunity to give all the characteristics of Cooky .

Jin defended RJ and commented that in addition to his white wool, one of the strengths of his cute alpaca is that his wool is the softest in the world, Jungkook assured that the color of his Cooky rabbit is unique.

To calm the mood, Jimin appeared in the video and most assuredly told Jin and Jungkook that Chimmy was the most lovable character in the BT21 universe , the BTS singer ended the video saying ‘ Jimin has a yellow puppy’.

Recently, BTS’s Seokjin confessed to the band’s Japanese fancafe that he is very envious of Jungkook, the reason? The idol believes that his partner’s youth and energy are incredible.

What does the snow sample Melanie collected mean