Home Entertainment Jin: His Preparation To Be a Tennis Expert And Win At Run... 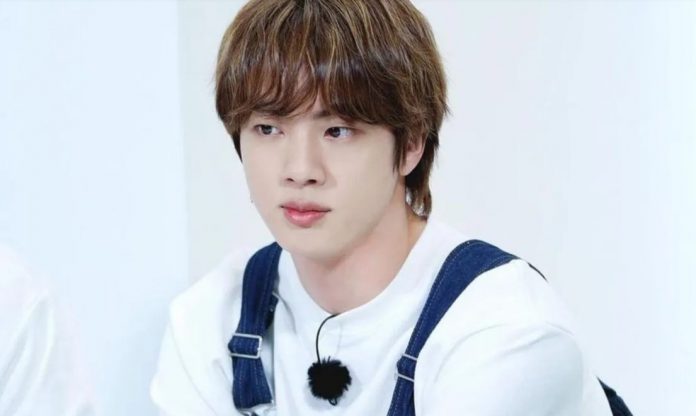 Jin, the oldest member of BTS is an expert in singing, cooking, and sports. What is your secret to being a great tennis player?

In previous episodes of RUN BTS, Jin showed that he is an incredible athlete on the court and gave his bandmates a lot of battle in a mini tennis tournament, how did he prepare for victory?

The members of BTS boasted to ARMY that their thing is not only music, dance, rap, and composition, as they have a long list of natural talents that make them extremely complete boys, an example of this is Jin .

The oldest idol of the Big Hit Entertainment band , he showed his skills on stage and his incredible seasoning in the kitchen, but another of the areas where he shone with his own light was sports and he shared it with us in RUN BTS .

Jin was the undisputed winner of a mini tennis tournament held in the Permission To Dance performers series, he even stood out for his dynamic shots and his reflexes to hit the ball with the racket. How was your preparation and secret to be crowned as an excellent tennis player?

Through the official channel of Bangtan Bomb , a video of 6 minutes and 32 seconds was published in which we witnessed the delivery of Jin , as they presented a compilation of their daily workouts to improve their way of playing tennis .

According to the clip, the Korean star trained every day before and after fulfilling his schedule, so he visited the court very early in the morning or late at night. Perhaps Kim Seokjin thinks that even if a person has a talent for something, he should always perfect it with practice.

WHICH TALENT OF BTS’S JIN DO YOU LIKE THE MOST?

Jin had a coach tell him about some areas of opportunity that he could work on, such as more accurate shots, and also congratulated him, as when he made perfect plays, he gave words of encouragement to his student.

And all those long hours on the court paid off, as the singer of Bangtan Sonyeondan was crowned the king of the mini-tournament organized for their idols and Run BTS ARMY. What did you think of Jin’s prowess with tennis ?

And since we touched on the subject of the achievements of the boys, recently BTS received new nominations for the VMAs 2021 Awards, how to vote for them in these new categories?