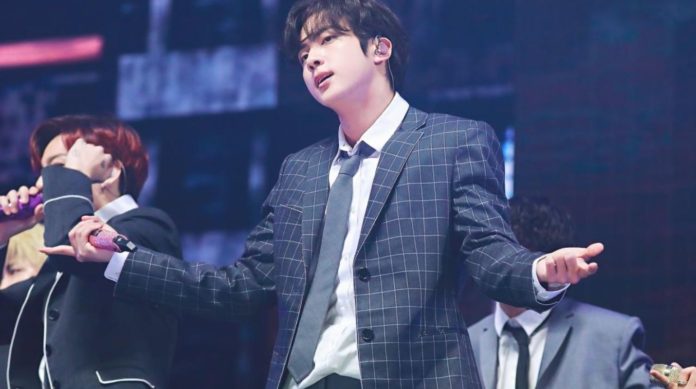 We know that Jin won an award for his attendance record on the Weverse platform, thanks to his interaction with the ARMY, but also for his ingenious responses and great advice.

The idol has not only taught us how to pass an exam and avoid cutting our hair, it also knows how to give the best recommendations and ideas for Christmas gifts.

A fan decided to ask for help in the Weverse community, because she didn’t know what she could give away with little money and wanted to get a gift that was very useful and Jin, although he doesn’t believe in Santa Claus, decided to help her.

Winter in South Korea is one of the coldest, so the idol decided to recommend the vitamins of “Lemona”, of which he is ambassador. LOL Jin cares about the health of fans’ loved ones,

Another of his ideas was to give a pair of tennis, most people intend to exercise, so it would be a great gift, so he told a fan to choose a pair of the Fila brand.

He also told him that if the person was the one he hated to walk, then he would give him a Hyunda. LOL Apparently, Jin could only think of gifts outside the ARMY budget, but his kindness and advice are always appreciated.

Jungkook covers that test his vocal talents and musical sensibilities