Home Celebrity Jin, from BTS, ‘travels’ in the CDMX subway without a mask and... 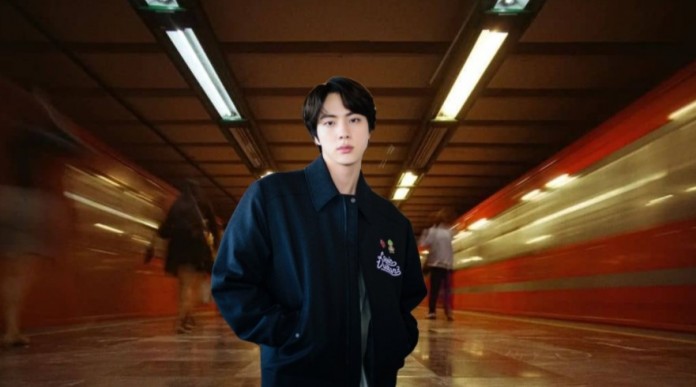 It seems that BTS’s Jin has already experienced what Mexican ARMYs go through day by day and even heard the legendary “next station…” announcement. The Worldwide Handsome ‘dazzled’ the passengers of the CDMX Metro during a tour of public transport in the days of COVID-19.

The “Super Tuna” interpreter is on vacation, like his fellow BTS members, resting from his professional activities. Although the idol has stayed away from his Instagram account for seven days, his followers found a way to keep him close and even visit the least thought of places.

Jin “takes” a tour of the CDMX Metro without a mask

Now that we have to travel or go out with our face masks to avoid COVID-19 infections, people have a certain anonymity under the mask, so sometimes you cannot recognize someone with the naked eye. However, when the regulations against the new coronavirus are not met, it is possible to recognize the face of someone who does not cover their mouth and nose.

To remind its users that they must use a mask when traveling on public transport, the official CDMX Metro account shared a photo where a young woman is seen with a mask posing next to a cardboard of Jin. However, in the image, the BTS member does not have his mouth or nose covered.

“Let’s break the chain of infections, remember to use the mask correctly during your trips on the Internet,” said the CDMX Metro next to the photo of the girl and Jin. The snapshot, captured by Fabys Juarez Reyes, received hundreds of comments from Internet users who could not believe that the idol “was” on the popular transport in the capital.

Among the comments you could read surprise messages and questions for BTS’s Worldwide Handsome: “Wow !!! Jin in the CDMX subway “,” But Seokjin, where is your mask? “,” How irresponsible Jin does not bring his mask “and some people even tagged other ARMYs to show them the benefits of using that transport.

There were also those who asked where they could get a cardboard with Jin’s photo in order to go all over the city next to her favorite idol: “Where is there ??? I want mine and take it for a ride on my guajolojet ”. At the moment, no one has revealed the place where it was acquired.