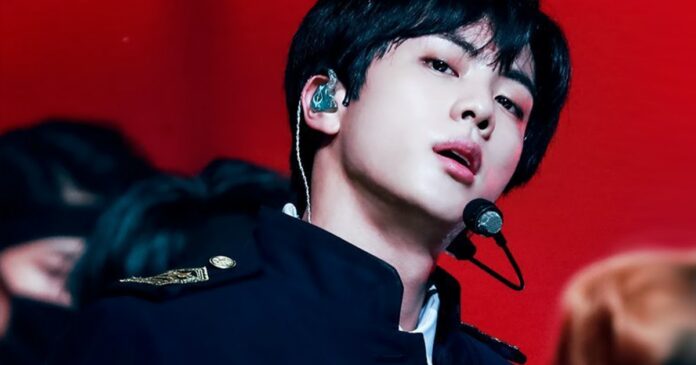 Jin is unique, the idol always stands out thanks to his good style of dress. Kim Seokjin is a boy true to his style and doesn’t like to follow BTS’s dress codes.

BTS members are always in touch with their millions of fans, one of the favorite platforms to communicate with ARMY is Weverse , a special app that unites fans with the Big Hit Entertainment band more.

Via Weverse an ARMY published a series of photographs in which the boys from BTS are seen dressed in almost the same colors, while Jin is always distinguished for not using the concept as the rest of the band.

For example, in a recent broadcast image, Suga and Jimin appear in white and yellow plaid flannel shirts, respectively, showing that Jin is wearing an all-black denim jacket.

The follower added as a description to the post : ‘Isn’t it time to let Jin know about the dress code?’, Suga quickly responded in a very funny way saying, ‘I told his to come combined .’

In addition to Jin’s charisma , now ARMY knows that he likes to be distinguished by his clothes , the ‘Tonight’ singer always shows himself very confident and comfortable with his outfits , which express his personality and great style.

It has been announced that the well-known publisher Chiron will soon release the book ‘Map of the Soul: 7, Persona, Sombra y Ego’ where Dr. Murray Stein in collaboration with Steven Buser and Leonard Cruz will analyze the creative and musical work of the boys from BTS.

Kylie Jenner and Drake in a relationship? We know more about...