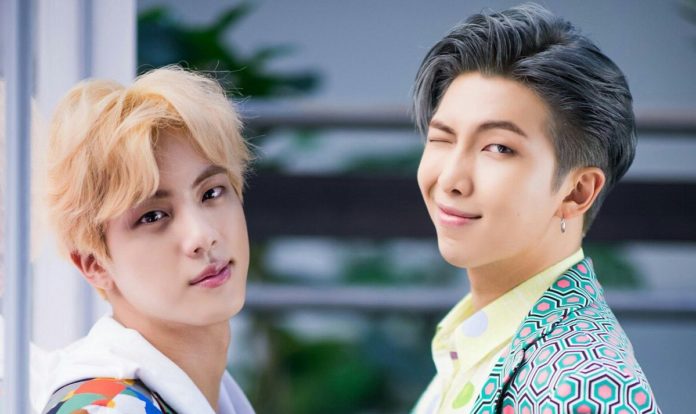 The idol played a prank on the BTS leader. The boys of BTS share a great friendship, they have repeatedly demonstrated how close they are and the various moments they have shared together.

However, there are also secrets and betrayals between them. Although it was all a joke , this was what Jin did to the leader of the group.

The boys have achieved great success with their career and many times their busy schedule does not allow them to celebrate as they should, but in their free time they take the opportunity to celebrate their dreams, one of them was on their tour, the staff prepared a cake with a special design: a stadium and the letters “Love Yourself”.

Jin didn’t know if the decorations were real, but he decided to touch the surface of the cake and stained his fingers. The idol covered up his accident, but decided to feign a cordial greeting to Namjoon and shake hands with him, who innocently agreed. It was all for the purpose of staining him with cake, “betraying” his confidence .

Jin has shown great affection for RM, even some ARMY believe that he named RJ after the team that they both formed in one of the episodes of BTS Run! In addition, Namjoon confessed that Jin is a person who usually keeps things to himself, but he was surprised with “Moon”.

Emily Ratajkowski proves that you can be super sexy and a...

Tomorrow is ours: Bart and Louise falling in love!